From “Climate Hustle” on the right to “The Congressman” on the left, the fact is, you gotta tell a good story and pull of high production value if you want your movie to change the world. 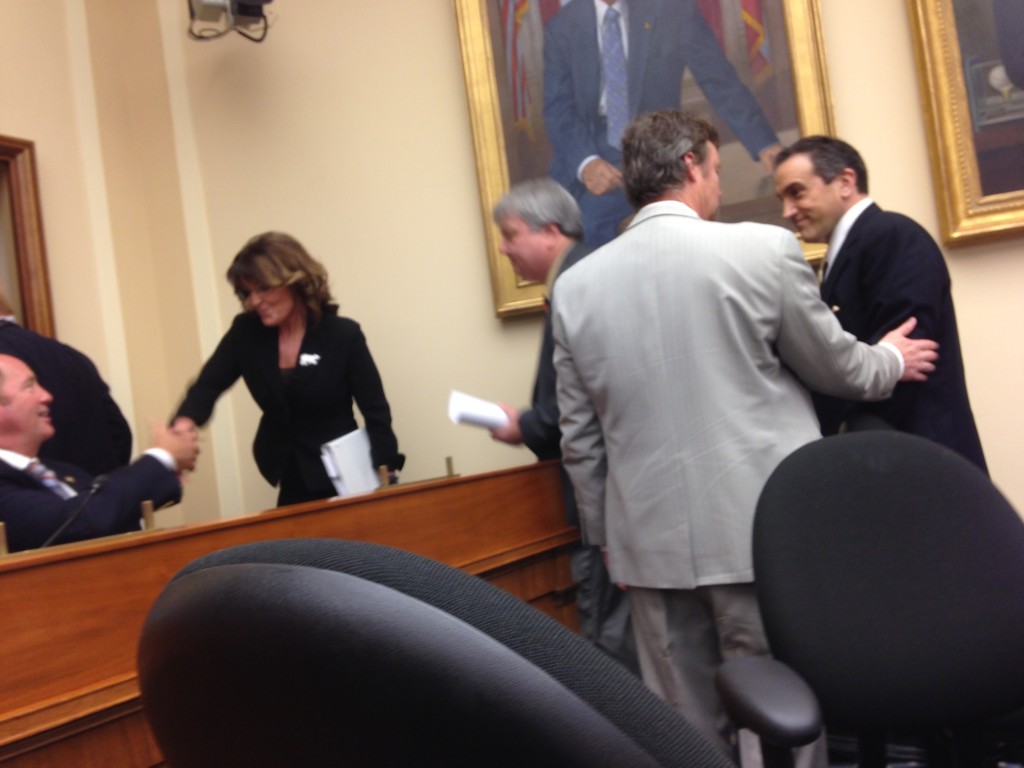 CEREBRAL BROWN OUT. I felt the synapses in my brain momentarily go dim as the Grizzly Mama, former-governor of Alaska Sarah Palin walked within ten feet of me and I took this snapshot. On the far right is Marc Morano, writer-director of “Climate Hustle.” This was after the premiere two weeks ago of “Climate Hustle” in Washington DC at the Rayburn building.

I wrote a review of “Climate Hustle” last week on Andy Revkin’s NY Times blog Dot Earth in which I said my heart is with Morano as a fellow filmmaker, but I found the film weak on both story and visuals (not to mention most of climate skepticism is bunk starting with the fundamentally dishonest portrayal of “global cooling” in the 70’s as a major story — it wasn’t).

For “The Congressman,” while Rotten Tomatoes has it teetering on the edge of a rotten tomato overall with a score of 60%, the Hollywood Reporter is more direct in their assessment.  They concede that the film “means well,” but they also say, “… the film is rather overstuffed, with Mrazek injecting too many themes and subplots into the mix. And to say that some of those elements don’t quite work dramatically is an understatement …”

Filmmaking is incredibly difficult.  Anyone charging out to make a “documentary” simply by interviewing everyone they can find who has something to say about a subject really needs to be aware of this.  No one talks about the cost of boring an audience of like-minded thinkers.

Nothing worse than ending up with a group who previously might have cared about your issue, but after viewing your painfully dull film end up saying to themselves they never want to hear anything further.   Which happens all the time.

Nice guys (with good intentions) finish last, a lot, when it comes to making movies.  Sad, but true.