From sadness to joy in less than two minutes. 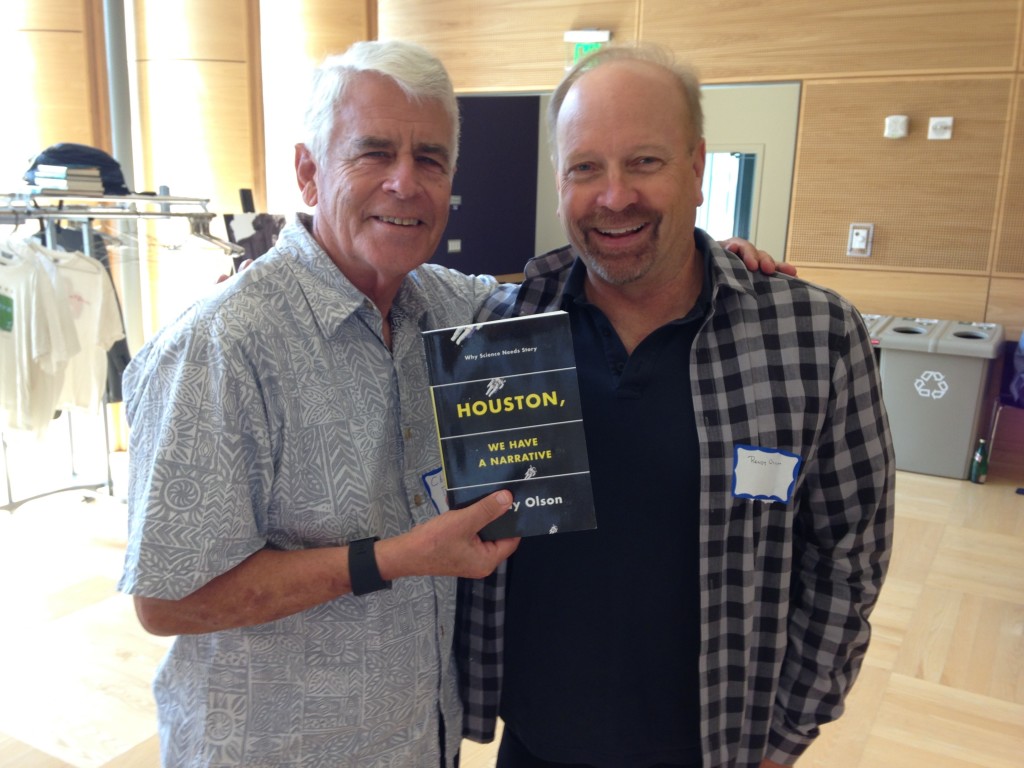 SOME THINGS AREN’T MEANT TO BE RETURNED.

I want to share a great moment I had on Saturday at the wonderful memorial event held at University of Washington for the late, great grandaddy of marine ecology, Robert T. Paine.

As I’ve made clear in both the dedication of my first book and in a blogpost, Bob meant a lot to me.  It was 40 years ago this summer that I first met him and he became my undergraduate advisor.  We stayed buddies over the years, trading lots of emails in recent years.  As Peter Kareiva conveyed so nicely last week on Andy Revkin’s NY Times blog, Bob embodied the very best of everything in ocean science.

At the memorial Bob’s daughters brought lots of his possessions — from books to t-shirts to marine ecology equipment — for everyone to take home whatever they fancied.  I’ve never seen that done before, but it was very cool — a chance for people to keep with them some of his enduring spirit — especially his books in which he had written his name.

I was milling around catching up with folks when a friend walked up with a copy of my recent book. It was the copy I had sent Bob last fall and written my heartfelt words of thanks on the opening title page.  She gave it to me, innocently assuming I’d want it back.  I stood there holding the book, starting to fight back an unanticipated wave of emotion, thinking, “No.  I don’t want this back.  Ever.  I gave it to him.  Why would I want it back?  It almost feels like rejection.”

It was disorienting.  I wasn’t sure what to do.  I wanted to throw it in the trash.  Something — anything — get it away — this was spiritually wrong.

But then … I swear, within less than a minute I looked across the room and said to the group, “Oh my goodness, is that Chuck Birkeland?”

He was my invertebrate natural history professor that same summer I met Bob Paine and one of the many incredibly cool, fun and smart marine ecology faculty I got to know in the U.W. Zoology Department.  The last time I had seen him was 35 years ago in Palau.  In fact, below is a photo of us headed out for a dive on that trip, plus he and I both worked on the crown-of-thorns starfish problem.

He had come from Hawaii for the event.  I walked over to him, he immediately smiled, said he had enjoyed my recent work on science communication, BUT THEN … he said, “Of course, I haven’t had a chance to get your most recent book.”

Bingo.  Amazing.  THAT was what was meant to happen with the copy of my book inscribed to Bob Paine.  And it did, as you can see in the photo I insisted we take (above).

I left the event with the biggest smile on my face in a long, long time.  Incredible how some things like that work out.

Bob, your copy of my book has ended up on just the right book shelf. 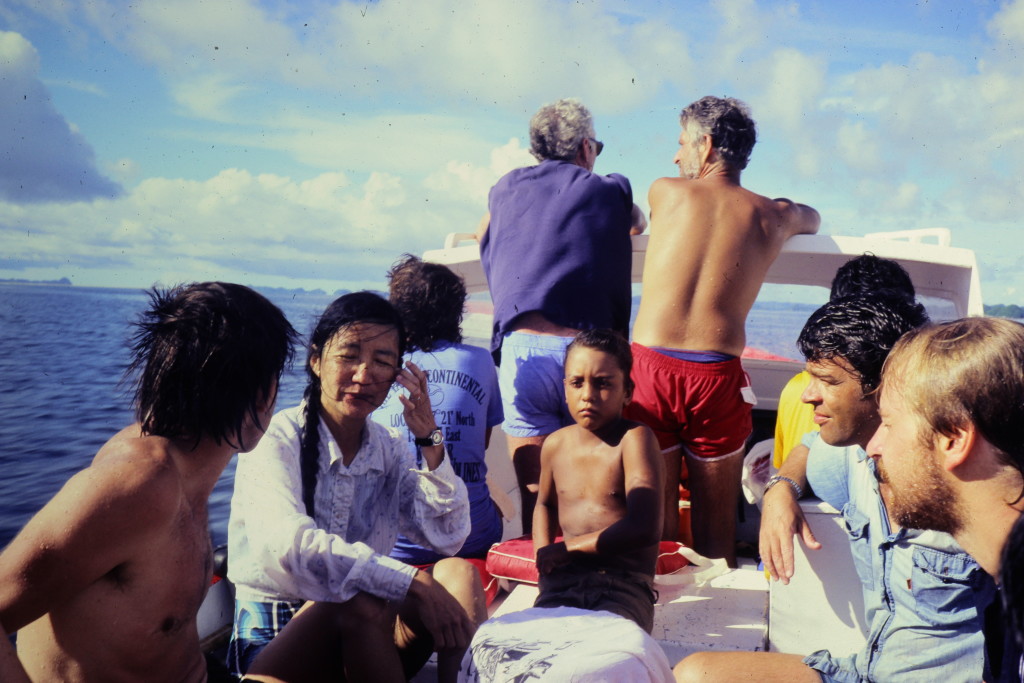 HEADED OUT FOR A DIVE in Palau, 1981. Lanna Chang on the left, Chuck Birkeland in blue shirt on the right, seated next to me.