In 2004 a short video called “EPIC 2014″ predicted the dark future of journalism.  The last line of the video was, “But perhaps there was another way.”  Nope, there wasn’t,  as John Oliver’s excellent rant this past Sunday made clear. The only thing he missed was a citation of “EPIC 2014.”  He went into detail on the very things the video had predicted — the proliferation of news-stripping services, the prioritization of money-making over journalism, and the emergence of a world where journalism is little more than “narrow, shallow and sensational.”  Of course the Twitterverse gave kudos to Oliver for his segment, yet being itself, narrow, shallow and sensational, lacked the memory to make any connection to the prescient EPIC 2014. 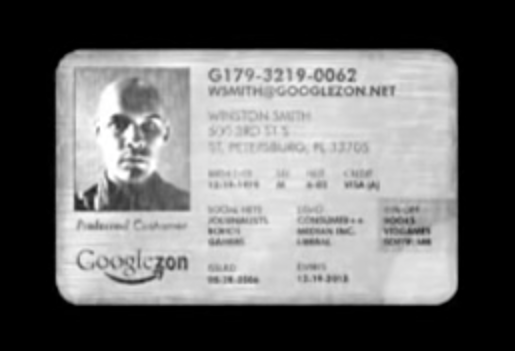 “EPIC 2014” predicted the merging of Google and Amazon to create Googlezon; the beating heart of a massively superficial world. That hasn’t happened yet — the merger — but the superficial part is pretty close.

Harkening back to “A Tale of Two Cities,” that is the opening line of the short video produced by a couple of journalists in 2004 predicting the future of journalism in America. The main prediction was that we were headed to a world in which there are very few original sources of stories, yet countless “news stripping services” that endlessly recycle those few stories created.

This past Sunday evening John Oliver presented another one of his great in-depth segments (I loved his segment on false positives), this time focusing on the decline of newspapers.  He presented the staff meeting of one new owner of a failing newspaper who was telling his employees they needed to make tons more money and then they could worry about providing a service to their readers.  He ended his comments by snapping back at a question, ending with “F. you.”

The dilemma of declining quality of journalism was summed up by one veteran of the news world who said simply, “No one seems to have a perfect plan to keep newspapers afloat.”  Oliver showed how all the TV news shows endlessly cite articles in newspapers now because they have virtually no budget for their own investigations any more, yet the newspapers themselves have been stripped back.

I was deeply impressed with the EPIC 2014 video when it came out in 2004.  I blogged about it, then talked about it in my first book.  Journalism is so important and has so much potential to lead society.  I was raised in the era of Woodward and Bernstein as societal heroes.  It’s terrible to see that form of journalism vanish, though if you were to read David Halberstam’s magnificent book, “The Powers That Be,” you would learn how the great journalist Edward R. Murrow was forced to watch his beloved CBS News department be stripped down because it wasn’t making nearly as much money as the Beverly Hillbillies and Gilligan’s Island. Murrow was never able to make sense of that. Such is human nature. Especially in America.

As EPIC 2014 predicted, we continue to move towards a society that is increasingly “narrow, shallow and sensational.”  The video painted a bleak picture of 2014 but pointed the finger of blame squarely at the public, saying, “It is what we wanted, it is what we chose.”  Which is the same line that should be said to the Republican party right now about Trump.  He didn’t win the nomination through his thoughtful hard work, the party chose him for what he represents.