Not sure what kind of drugs I was hopped up on a couple nights ago (maybe still recovering from the election) when a poor innocent woman named Erin Rodgers from Toronto politely asked me to answer at least three of her ten questions.  Turned out they were all good questions so I answered them all, sounding like a lunatic, but so what, the new President has instilled this in me.  We can no longer afford to bore or confuse. 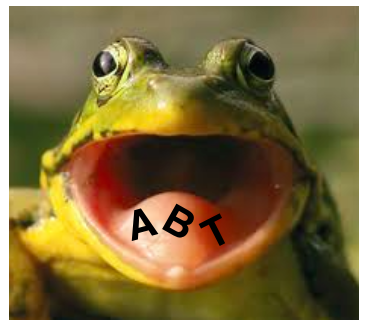 Ten good questions, ten blunt, repetitive answers, all of which arise from “Houston, We Have A Narrative.”

1) How do you empower people that don’t consider themselves storytellers, such as folks in the scientific world you came from, to start using storytelling techniques in their work?

ABT, it’s the entry level tool for story. It immediately activates the narrative parts of the brain.

2) What, in your opinion, separates a good story from a great one?

ABT, it’s the universal narrative template. Every level of the epic television series “Breaking Bad,” which was probably the best exercise in narrative structure in television history, had ABT structure. It was the defining feature.  A small group of writers wrote the scripts two seasons in advance which allowed them to “plant” an AB in one episode but sometimes not “pay it off” with the T until a year later. That is brilliant storytelling. And it’s all about the ABT dynamics. Furthermore, look at every episode of “South Park” for the past 20 years (seriously, I dare you, all 274 of them, then report back to me for counseling after you’ve watched them). Then follow that by seeing the play “The Book of Mormon,” by the same writers. They live and breathe ABT, and everything they touch turns to gold (except a few rotten movies early on). They are the partial original source of the ABT.

3) If a scientist is presenting a “scary” story (e.g. climate change) how can they make sure they are not overwhelming their audience?

ABT, good narrative structure will make sure they are focused on the problem you want them to be focused on. The ABT is the core tool in our Story Circles Narrative Training which eventually leads to at least the beginning of the development of NARRATIVE INTUITION which is your long term goal. It is only through having the property of NARRATIVE INTUITION that you will be able to master the artistic side of narrative. Memorizing a bunch of rules by itself is not going to get you there. And it is only when you have NARRATIVE INTUITION that you will be a truly great storyteller/communicator.

4) In one of my favorite essays, you talk about the power of specifics. Is there ever a time that a storyteller can be too specific?

ABT, is the secret of narrative which will guide you to the answer to this question. You work with it long enough and intensely enough to develop NARRATIVE INTUITION you then have a feel for the right amount of depth and detail needed to make a narrative work. Without this intuition, you’re swinging in the dark. THERE ARE NO SET RULES for these things. You must have intuition.

5) You’ve worked with filmmakers, improvisers, communications experts etc. What was the most unexpected insight you came away with about effective storytelling? How has that insight changed the way you view stories?

ABT, need I say more? It is the magic bullet, the panacea, the Kool-aid, the lotus fruit, the brass ring, the wonder drug, and the elixir of life all wrapped up in three words. It is the well spring out of which you can develop all the properties needed to draw on the power of story.

6) In your writing you talk about how scientists often just say a bunch of details (and, and, and) instead of leading their listener through their work with the story structure that are brains appear to be hard-wired for. Your simple structure of “And, But, Therefore,” helps the work to become a story. How does a scientist (who is sure to be very passionate about their work in it’s entirety) know what elements of their work should fit in the structure and what should be left out?

ABT. You work with it enough, you achieve the golden chalice of NARRATIVE INTUITION. Only then do you have the ability to discern clearly between boredom, confusion and engagement. People ask me, “How long should an ABT be?” My answer is “intuition.” Seriously. There is no set length.

Just yesterday I read about some dodo running workshops on “mastering the power of storytelling” in which they say the golden rule is for paragraphs to have an average of 42 words. That is dodo poop. There is no set rule. You have to have an intuitive feel for the right length. Some narratives may need only 15 words. Others may need over 50. Constraining yourself with some set number is the worst possible approach. Warning: There are now tons of phonies out there teaching about the magic and power of storytelling (and making mountains of money). If they aren’t talking the ABT, they are wasting a lot of everyone’s time. Yes, it is that simple.

HEY … wait a second … I just realized something … did you ever read Douglas Adams “Hitchhiker’s Guide to the Galaxy?” In it he provides the answer to the question of everything. The answer is 42. That must be where they got that number. Definitely dodo poop.

7) Do YOU believe there is such a thing as a natural born storyteller? If yes, what makes them so?

ABT, which is what comes out of their mouth because they have NARRATIVE INTUITION. They may well have been born with a fair amount of NARRATIVE INTUITION, but I’m guessing the environment in which they were raised was also important because we can see that when people live in a narrative incubator like Hollywood for many years they can get better at it. Don’t let anyone tell you the dodo poop I was once told by a science administrator that “there will always be some good storytellers and lots of bad ones, you can’t change that.” Yes, you can. And it starts by ignoring people who say such ignorant things.

8) You wrote about how many Hollywood movies could be made stronger by examining their story through the lens of a quote by geneticist Theodosius Dobzhansky: “Nothing in _______ makes sense except in the light of _______ .” Is this a tool that you start with when creating stories or is it more of an editing tool?

Yes, and … ABT. Sorry, am I repeating myself? Yes? Good. Repetition is essential in good education. It’s called inculcation. Do I need to repeat that?

Nothing in narrative makes sense except in the light of … the ABT! In Story Circles our standard progression of discussion is first, what is the question at the center of the story? Then what is the ONE SENTENCE summary of the narrative (which is the ABT ). Then what is the ONE WORD, which is the Dobzhansky Template. Though, probably best if you don’t even mention he was a geneticist.  That identifies him as being a scientist which makes many people think, “Oh, it must be wrong since we know that most scientists are weak communicators.” He wasn’t.

Guess what the secret tool is to help you get good a that.

10) How do you know when a story is one that you personally have to tell?

ABT! If it interests people as a one sentence ABT then it needs to be told.