What sort of narrative strength will Trump’s inauguration speech have?  Will he breathe narrative bluster like Richard Nixon?  Or deliver a rambling drivel-a-thon like Eisenhower’s second inaugural.  One indication will be his first paragraph.  Will there be a clear narrative/ABT structure (I would predict yes if Trump over-rules his speechwriter) or will it be rambling and unfocused (his designated speechwriter is not good). 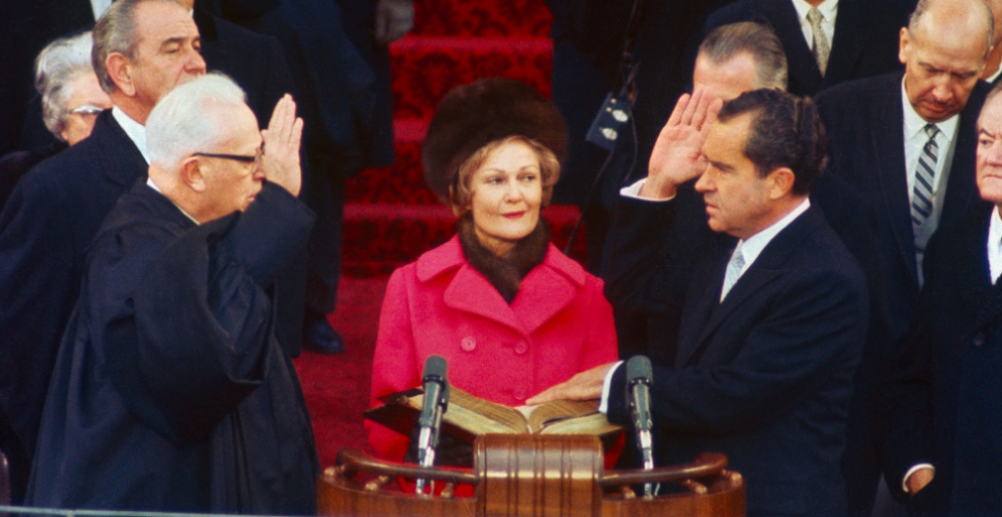 NIXON’S SPLENDIDLY PORTENTOUS WORDS: He opened his inaugural speech with this ABT: “Each moment in history is a fleeting time, precious and unique. BUT some stand out as moments of beginning, in which courses are set that shape decades or centuries. (THEREFORE) This can be such a moment.” He should have continued with, “Everybody better duck and cover cause HERE COMES TRICKY DICK!”

Wherever you find great speeches you’ll find the ABT at work.  Martin Luther King’s “I Have A Dream” speech opens with the ABT structure for the first paragraph — so plain and simple I use it in all my talks.  The Gettysburg Address was nothing more than three paragraphs — one for each of the ABT elements.

Mario Cuomo’s legendary “A Tale of Two Cities” DNC speech of 1984 opened with an ABT as he basically said that Reagan says we’re a shining city on a hill AND in some places that’s true, BUT he hasn’t been to the worst parts of our cities, THEREFORE he needs to realize we are a nation of two cities.

Barbara Jordan’s legendary 1976 DNC speech opened with an ABT — 144 years ago Democrats first met to choose a candidate AND this week’s meeting is a continuation of that process, BUT tonight is different because I, Barbara Jordan am a key note speaker, THEREFORE the American Dream continues to advance.

It is the hallmark of great communication — clarity and simplicity of message.  Trump showed early in his campaign a strong aptitude for this, BUT … once he won the nomination he began allowing others to write his speeches, and their clarity declined.

Now he has appointed Stephen Miller as the main writer for his inauguration speech.  The guy wrote a misguided rambling mess last summer for Trump’s RNC speech that was shockingly long.

What he ought to open with is a clear ABT that presents his narrative theme of making America great again.  If he does, the speech will probably have been rewritten by Trump and will have focus and clarity.  If the first paragraph (or two) doesn’t have solid ABT structure, I predict it was written by Stephen Miller (and others who are rumored to be getting their hands into it — danger, danger) and will be flabby and rambling.

Tune in to see.