Who can save the Democratic party from the self-immolation of boredom? “Narrative is Leadership” was the theme of the talk I gave to James Carville’s political science class at Tulane University on Monday night of this week. Only a few leaders have what I would call “deep narrative intuition.” Trump is one, as I tried to warn all last year and talked about on the Business of Story podcast. Elizabeth Warren is another. And best of all is long time political strategist James Carville. He simply is the best. 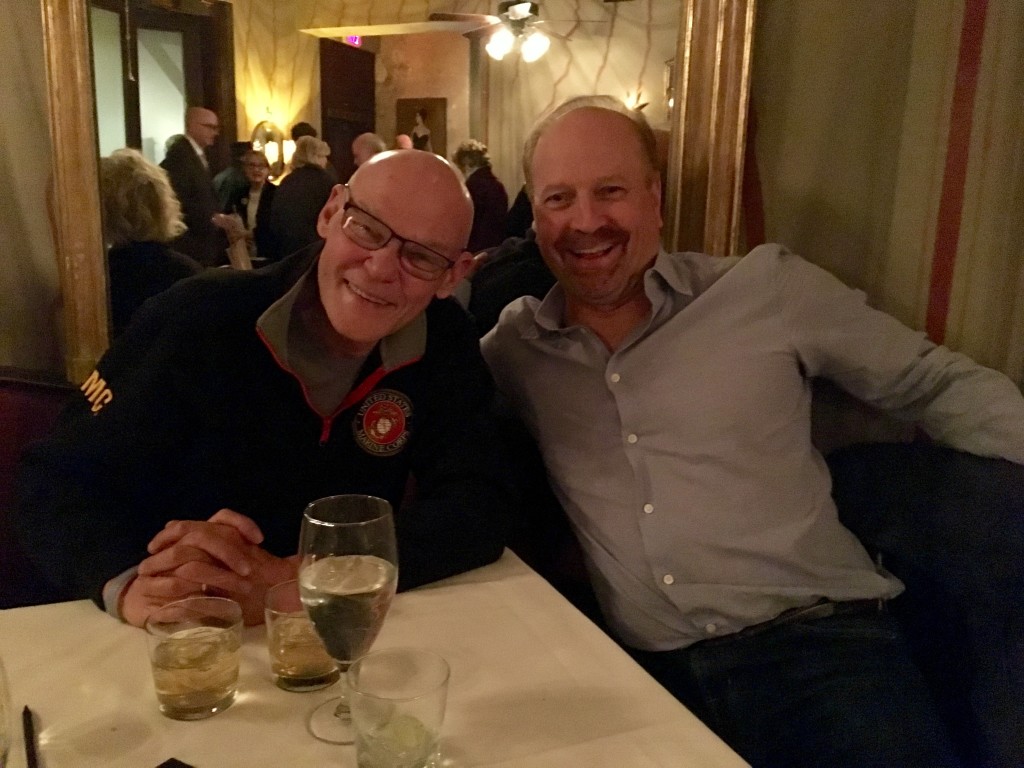 A TRUE VISIONARY. This is the man who got Bill Clinton elected. At 72 he’s more alive and electric than ever. The Democratic party needs to recapture voices of leadership (and narrative) like his.

Every college student in America should be jealous of the lucky 50 students enrolled in James Carville’s political science class at Tulane University.  On Monday nights they meet at the home of Mr. Carville and his legendary Republican wife, Mary Matalin, to have him present a guest speaker. It’s the way that college ought to be — a chance to hang out with awesome and innovative professors like that.

I got to know James last year, as I talked about on Park Howell’s Business of Story podcast which I recorded the morning after the election. From my work with narrative structure I came to realize that Donald Trump had an unfair advantage in the political world. He has deep “narrative intuition” — the term I coined in “Houston, We Have A Narrative.” In the podcast I told about my journey of frustration during the months leading up to the election.

I set to work starting in the summer of 2015 trying to publish an editorial titled, “Trump Knows Narrative,”(a broader version of this in-depth essay) showing how the ABT Template can be used to quantitatively show how much of an upper hand Trump has with communication. I drew on every contact I have at the NY Times (which was a lot), as well as contacts with 538 Blog, Slate, The Guardian, The Upshot Blog — on and on, pounding on the door of every possible journalist and news pundit, BUT … in the end I hit a complete brick wall.

Finally, a year ago I searched simply HILLARY CLINTON BORING. The first result that came up was an article with the headline, “James Carville Admits Hillary Clinton is Boring.”

I set to work and by April was on the phone explaining the ABT to James Carville himself.

He got it, immediately.  For the man who coined the term, “It’s the economy, stupid,” it didn’t take any explanation for him to see the power and importance of the simple ABT Template.  He tried to get the folks at Hillary Clinton’s campaign to listen to me.  BUT … they didn’t.  Just as they didn’t listen to a whole stack of people with good ideas.

The rest was sad history. 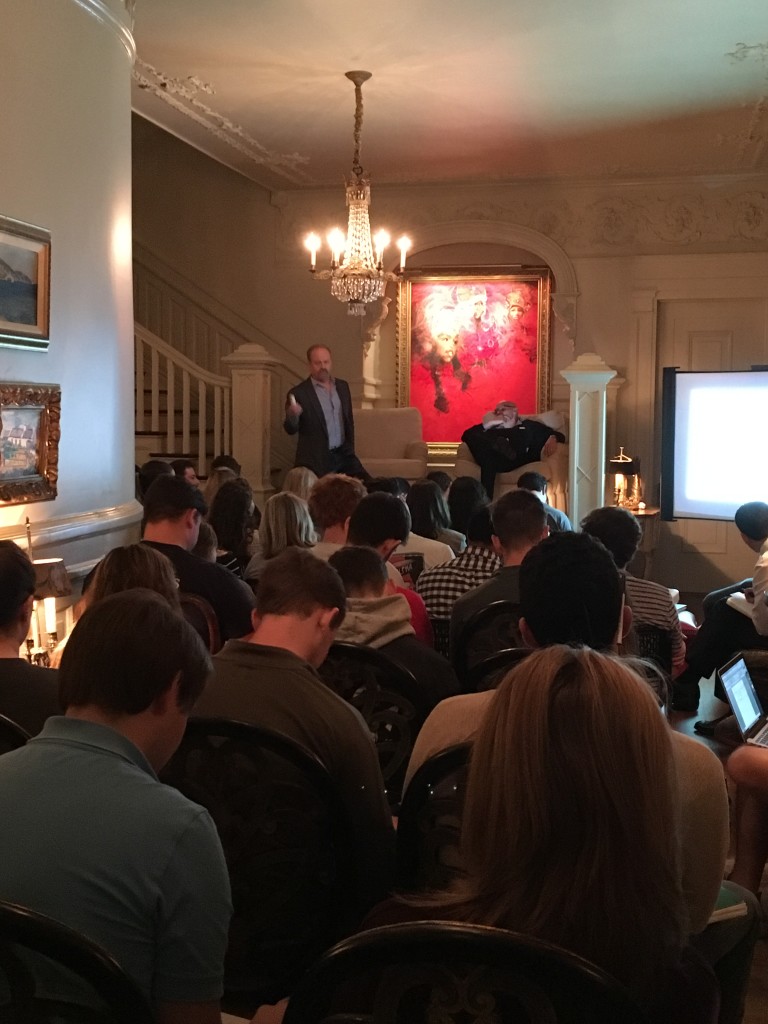 THE RIGHT WAY TO TEACH COLLEGE STUDENTS. Incredible night. Fifty incredibly bright minds. Far more questions than we had time for. There is hope for this country!

THEREFORE … LET’S HAVE FUN WITH CARVILLE AND THE GETTYSBURG ADDRESS

So Mr Carville invited me to give the second lecture of the semester to his class at Tulane. You can see the setting from the photo above — James and I seated on the landing with me showing slides to the right. Every few minutes he would interrupt with some hilarious story or gem of wisdom. The man is a gold mine of political wisdom, as well as communications savvy.

In fact, he opened the evening with a brilliant introduction that he said to me, “Once you hear this you’re gonna want to use it for every talk you give.” Which is true.

He asked the students if anyone knew who Edward Everett was. No response. I should have known — the name even rang a bell — but I was still lost. He explained.

Everett was the famous politician who spoke before Lincoln at Gettysburg in November, 1865. As Carville pointed out, Everett’s speech was two hours long, Lincoln’s was two minutes. “Which politician do you remember today?” Carville asked the students.

In fact, this is the famous quote from Everett after their speeches, “I should be glad if I could flatter myself that I came as near to the central idea of the occasion, in two hours, as you did in two minutes.”

And just to get didactic for a moment here, he was absolutely right. Lincoln had a super-clear theme of “unfinished business” which underpinned the 270-some words of his powerful speech. Lincoln had deeeeeep narrative intuition.

And the Everett anecdote is doubly fitting given that Lincoln’s speech, as first noted by Park Howell, is itself nothing more than a three paragraph ABT (basically “We have a great AND mighty nation, BUT now we’re in a civil war, THEREFORE it is up to us, the living, to make sure these men did not die in vain.”).  Mr Carville included that in his introductory comments as well. As I said, he gets it on the ABT.

DINNER WITH A LIVING LEGEND

After the two hour class we went to dinner at a quiet, local upscale restaurant. Every head turned as we were seated, and before the evening was done there was a line of people coming to the table to beg Mr. Carville to do something about this horrible new President, to have their photo taken with him, or to tell him stories about their parents having worked with him.

He laughed and joked his way through every autograph and photo, truly a man of the people. It was a fantasy night starting with his house which you can see looks like it’s straight out of “Interview with a Vampire.”  What a great, great professor, political strategist, and all around excellent fucking guy. Who has the foulest mouth you’ll ever hear. And the students, being from New Orleans, absolutely love him for it.

You can read about Jerry Seinfeld and Chris Rock bemoaning the sad state of college life these days in America, BUT … I can assure you students are still alive and kicking ass at Tulane. THEREFORE, that one night in New Orleans made the entire journey of rejection with my Trump editorial worth it in the end.