A friend who attended the Oscars complained to me, “There were so many amazing stories for the night, I can’t believe the only thing the media talked about was the Best Picture mistake.” Actually that was the ONLY real story, and that’s why it dominated everything. The starting point for understanding storytelling is to understand what is, and is not, a story. 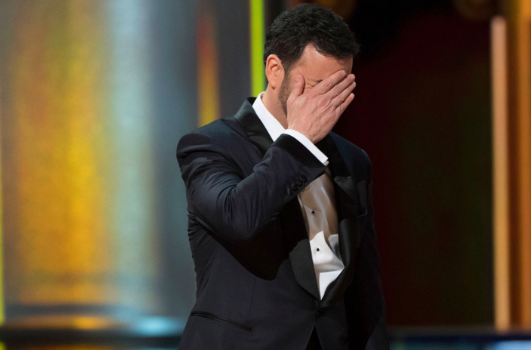 A STORY NOBODY ASKED FOR

LET ME TELL YOU A STORY …

Rick Nelson, our wonderful Story Circles aficionado with US Fish and Wildlife Service likes to tell about his buddy in graduate school who, “always said he was gonna tell you a story … and then he never did.”  Let’s consider this basic dynamic for Sunday’s Oscar’s debacle.

An actress friend of mine called me yesterday to tell me about what she saw at the Oscars, which she attended with her husband. The first thing she said to me was, “It was such an amazing evening — there were so many great awards given out, great speeches, and great performances — I can’t believe the only thing the media is talking about is the big mistake at the end of it all.”

Well, I can believe it.

Everyone is indeed still talking about “the big mistake.”  It’s Wednesday and I just listened to Jim Parsons (who was in “Hidden Figure”) on a radio show. The host asked him if everyone was talking about the big mistake at the post-Oscars parties. He said, “Yes, of course, non-stop, you couldn’t quit referencing it.”

In fact it was a real story because there was a genuine real PROBLEM/SOLUTION dynamic to it. Nothing else in the evening — none of the awards, award speeches, performances, jokes — none of those things presented a real problem that needed to be solved, and especially not at that level of importance.  The result was there were no other significant stories to tell.

In “Houston, We Have A Narrative” I defined the word “narrative” as “the series of events that occur in the search for a solution to a problem” and explained how that is the dynamic at the center of a story.  Now, think of the Oscars evening in those terms and you begin to see why 100% of the major media coverage focused on “the mistake.”

Yes, there were lots of great awards given out and honors paid, but those are, by comparison, pretty much just facts — of interest to some, but not to the masses.  The one thing that interests everyone is THE STORY of what happened at the end.  A problem arose — wrong winner announced —  a solution was found — gave it to the right winner.  The story that interests everyone was THE SERIES OF EVENTS THAT OCCURRED IN THE SEARCH FOR THE SOLUTION TO THE PROBLEM.

That was the only real story.  The media knew, the people involved knew it, and the general public knows it.  The rest, as Joe Friday used to say on Dragnet, is just the facts, m’am.