He uses two simple devices to make sure his new hour long Netflix comedy special has structure, moves along, and pays off brilliantly at the end. Narrative matters. 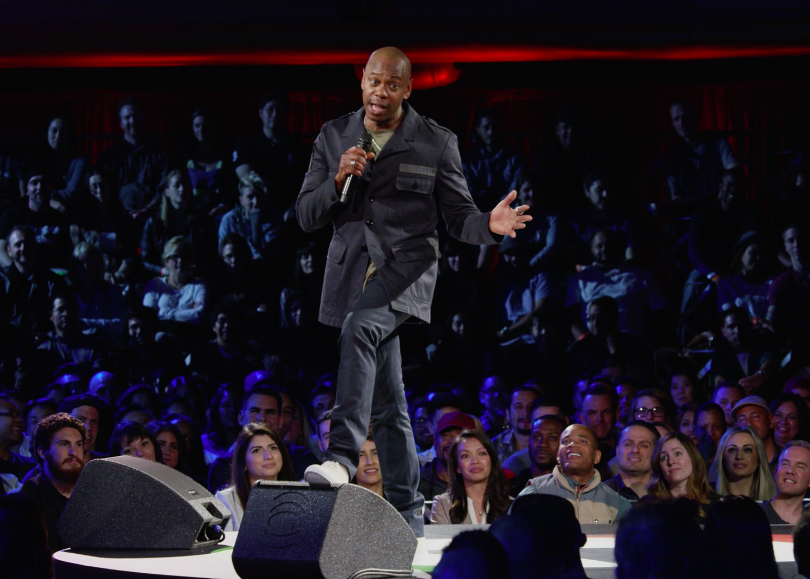 If you’re a fan of Dave Chappelle, as I have been from way back, you’ll love his new stand up comedy special on Netflix that was his first show in LA in over a decade. The material is of course both crude and hilarious, but what’s worth noting are two narrative devices he uses.

The first one needs a tiny bit of a SPOILER ALERT so read no further if you want a completely blank slate in watching it. But it’s actually not much of a spoiler. It’s just that he says at the start he’s going to tell you the stories of the four different times he met O.J. Simpson in person.

When he gets to the end and walks off stage, he’s only told you three of them. I think you can guess what happens.

If you’re a fan of narrative structure, just think of the 5 rules of “archplot” I listed in “Houston, We Have A Narrative,” citing Robert McKee’s 8 rules in his landmark 1997 book, “Story.”  One of them is the need for the “closed ending” where all threads are tied up at the end of the story. Telling only 3 of 4 promised stories leaves the audience member feeling unfulfilled and not ready to go home.

Leaving you with one story untold might actually leave some of the more artistic and intellectually inclined stimulated to go home wondering what that last one was. But most of the masses would just be pissed, wanting to shout out, “Hey, where’s our fourth story?”

Dave Chappelle’s humor is oriented to the masses, not the sophisticates. You can guess what he does.

AND PAYING IT OFF

The other thing is more sophisticated and I don’t want to give it away, but suffice it to say he delivers a prime example of “plant and payoff.” This is a standard part of high quality storytelling.

You’ve seen it in a million movies. Some prop or idea or line is “planted” early in the movie, then “paid off” later when it returns. If you want to read a rundown on this technique, here’s a whole essay from my film school classmate Sean Hood (who by the way is in my upcoming video on Story Circles with AAAS).

So Dave Chappelle sets up something in great detail during the course of the hour long show, then surprises you at the end by bringing it back for his grand synthesis which is hilarious and perfect. He’s working at a level well above the majority of comedians today.