“Dunkirk” is a movie that is excellent (92% on Rotten Tomatoes), popular (made $50 mil opening weekend), and with pretty much flawless, simple narrative structure. In fact, it illustrates what I am hereby and from here on calling “The Get to the Point Rule” for the ABT Template. It is the idea that, “The quicker you can get through the A and the B (set up and problem), the more the audience will let you have all day with the T … provided you’ve set it up right.” Here’s the ABT for “Dunkirk”: The British troops are retreating AND in a month they could all be evacuated safely, BUT the Germans have them surrounded, THEREFORE they only have a few frantic days to escape. That’s it. They go through the A and B in the first minute of the movie. The rest is T, delivered at relentless speed. It’s a great movie. 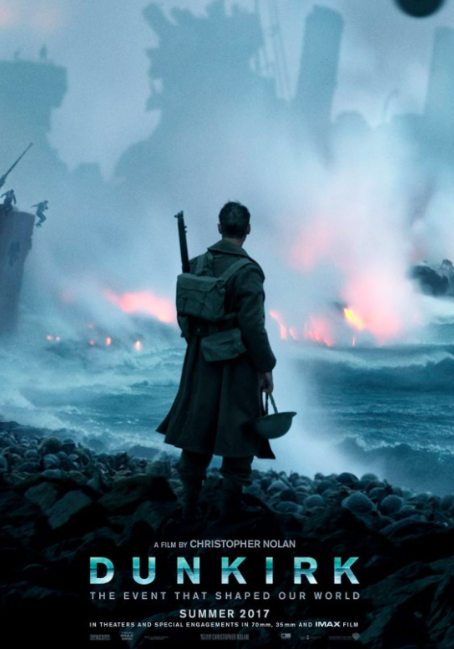 I’m putting a name on this ABT rule I’ve been saying repeatedly over the past year. I’m calling it The Get to the Point Rule. The rule is, the quicker you can get through the A and B, the more we want to hear lots and lots about the T, provided you’ve set it up well.

I saw “Dunkirk,” yesterday, thoroughly enjoyed it, and realized it gets through the A and the B in about the first minute. It starts with a couple of screens of text telling you the set up (the British are retreating) and the problem (the Germans have them surrounded). Within another minute we get the first of many THEREFOREs as the actor we’re following runs out on the beach and sees thousands of soldiers standing in line waiting to be transported back to England — i.e. THEREFORE everyone is stuck trying to escape quickly.

From there it’s basically THEREFORE men are being killed by the enemy, THEREFORE they need to bring in rescue ships as quick as possible, THEREFORE just standing on the beach is life threatening.

And then they start back with a whole series of minor ABTs — BUT there’s German planes strafing them, BUT there’s British planes defending them, BUT the Germans manage to sink a ship next to the pier, THEREFORE other ships will have trouble getting in.

Lots of smaller ABTs as the movie moves along the arc of the over-arching ABT. The central problem is the need to get back to Britain. The solution is the fleet of boats that eventually come over (if you think this is a spoiler you don’t know your basic WWII history — also, you might want to hear from a historian about the creative licenses taken).

It’s a great movie, a total ABT workout from start to finish, and shows how if you provide tight enough ABT structure you really don’t have to have much of any character work. Filmmakers figured this dynamic out over a century ago with the serial queen melodramas like “The Perils of Pauline” which we learned about in film school. The recent and brilliant “Mad Max” was a direct descendent of that genre, as is “Dunkirk.”

Give the masses a tight, fast paced story and they really don’t need much else (including character work and backstory). Do this and you score 92% with Rotten Tomatoes. Such is the eternal magic of story.