Two spontaneous sets of events, both arising from the ground up.  The message of gun control from the Florida kids is clear — our leadership has failed us.  What was less clear last year was that the March For Science had the same message — the organizers just didn’t take it as far.  But it’s the same situation — kids under attack, science under attack — in both cases politicians and leaders unwilling or unable to act.  My heart is firmly with both groups.

What happens when leadership fails.

In early April Island Press will publish the the 2nd edition of my first book, “Don’t Be Such A Scientist: Talking Substance in an Age of Style.”  I’ve written 50 pages of new content for it, including a new Introduction.  The core message of the new material is, “Make Science Human.”  Below is a section I wrote about the March for Science last year.

Now, watching the news about the heart wrenching, long overdue spontaneous gun control movement emerging in Florida I see great similarities.  Their movement is far more dire and urgent, but both are at the core about one thing — failed leadership.

I’ve been observing the attacks on science since my 2006 documentary, “Flock of Dodos:  The Evolution-Intelligent Design Circus.”  I’ve been stunned at the inaction of the higher ranks of the science community in defending their own profession.  The March for Science was explicitly about the attacks on science, with the key slogan of “Science Not Silence.”

But what wasn’t articulated was the source of the problems — leadership that does nothing.  In the case of Florida, the outrage is quantum levels greater. They are not pulling any punches as they point the finger of blame at congress, as they rightfully should.

Science should keep an eye on how they are managing to take their movement to the next level.

Here’s what I’ve written about the March for Science in the upcoming 2nd edition.

And . . . the Problem Came to Life with the March for Science

Spontaneity. Not a common trait for the science world. I talk about it in detail in the first chapter of this book—how scientists lack it and how improv acting fosters it. Spontaneity is the antidote for the excessively cerebral.

Scientists are great if you let them control every single thing that is going to happen. You can see this in how experiments are run. They usually include these things called “controls.” Does that term give you a little feel for how scientists feel about spontaneity? As soon as something unplanned crops up, watch out.

Such is the wonderful and inspiring story of the March for Science. Nobody at the top of the science world was involved with its inception.

In military terms, it was like low-level soldiers planning a mass rally by taking their plans to the top general, putting a gun to his head, and saying, “You’re in favor of this, right?” That’s essentially what happened with the March for Science when it came to the major science organizations—they were approached after the march was already planned. Many of them felt too rushed, too pressured, and declined to officially support it.

The idea for the march began with a discussion on the Internet site Reddit in January—just three months before the march itself took place. A few people were innocently talking about the Women’s March, a month earlier, which had involved over 4 million participants. Someone mentioned the idea of doing the same thing for science. A small group agreed. They were just average folks—no heads of organizations. They organized a Facebook group, and to their surprise the membership began growing rapidly.

I spoke with Valorie Aquino, one of the three codirectors of the march. She said they had a conference call in which they mused over the 1,000 members the Facebook group now had. They ended their call with a clear plan of how to grow the group to about 3,000 within a month.

The next morning they awoke to the stunning news that the group had grown overnight to 10,000. Within a week it had passed 100,000. By the time I spoke with her, it was approaching a million. Clearly, they had struck a chord. But where did all the energy come from? 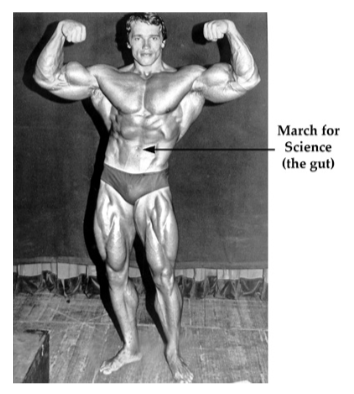 Figure I-1. The 2017 March for Science started spontaneously in the gut. It was a narrative mess, but . . . it made me feel something because it was human. Photo in the public domain; accessed via Wikimedia Commons.

My friend Aaron Huertas joined the communications team for the project. Initially we both felt the march needed a clear message, which means “a narrative”—a clear problem-solution dynamic. Now I see I was kind of wrong.

Ed Yong in the Atlantic pointed out the confusion by listing twenty-one messages that were being mentioned by organizers of the march. A number of articles were written arguing against the march itself. Many complained that the whole effort was politicizing science.

In the end, the organizers really weren’t certain whether the event was meant to be a happy, fun science day for the family (like a science festival) or a more adult-oriented science version of the Women’s March a few months earlier, which was filled with contempt for the newly elected president.

Putting the Mess into Messaging

The messaging ended up being a mess, but so what—turns out sometimes you don’t need a message . . . yet. I remember arguing this in September 2011, when the Occupy Wall Street movement emerged. The protestors’ narrative wasn’t very clear during the first week they began generating mass attention. Lots of news pundits—including my longtime hero Chris Matthews of MSNBC’s Hardball—criticized the movement, saying, “They don’t know what they want.”

But mass movements are almost never created by intellectuals with clearly thought-out plans. No, they generally arise from the masses, who are driven by the gut. Down the line, things move to the head—which is exactly what we eventually saw several years later as Senator Bernie Sanders began articulating a plan of action pursuing basically the same goals as the disorganized youngsters who occupied Wall Street.

So, despite the rain that spring Saturday morning in Washington, DC, tens of thousands of happy, fun, enthusiastic people turned up and the event was a stunning success. People carried all kinds of wildly creative and inspiring signs. Speeches were given before the march. They weren’t the sort of landmark speeches that have historically accompanied major protest events in Washington, DC. The speakers didn’t really seem to know what to say because . . . there was no clear message. But again, so what?

At the end of the march, in front of the Capitol building, there was . . . nothing. Just a woman with a bullhorn telling everyone in the rain to visit the website and keep the effort going. And that still didn’t matter. The event was all about the hour-and-a-half-long march itself and the sheer mass of humanity that was present, acting not like scientists but more like humans.

The crowd size was estimated at around 100,000. You could criticize it to pieces for not having a clear message if you wanted to impress your friends. Or you could just soak it all in and even feel some emotion about it. I went with the latter.

At just about the start time, I exited the Ronald Reagan Building, taking a break from a conservation event, and joined my old marine biologist buddy Bob Steneck of the University of Maine. We strolled down into the masses and marched from the start, near the Washington Monument. Within a few minutes we ran into Dr. Daniel Pauly, another old buddy and the famous fisheries biologist who coined the popular term “shifting baselines,” which I talk about in the first chapter. About halfway up Constitution Avenue, Bob and I stepped out of the crowd to walk up the stairs at the IRS building and watch the river of humans flow past. It was downright breathtaking.

What hit me most was the age range of marchers. There were lots of families with kids. Some we talked to had no connection to the world of science— they were just there for the spirit of it.

Others carried amazing signs—like two little kids holding a sign saying, “This family has five scientists!” Another family pushed a young woman in a wheelchair with a sign saying “Thanking Science for Research on Multiple Sclerosis.” That’s the stuff that made me look down at the ground and choke back tears. It really hit you—there was a huge, supremely human element to the event.

But the obvious question was, why was the turnout for the March for Science, despite the pouring rain, so incredibly large and inspired?