American cats kill 4 billion birds a year, yet an ornithologist, in his scientific research to preserve a species, kills one tropical bird that’s less than a thousandth of its population and people want blood.  The singular narrative is a great thing when the mob goes after the killer of Cecil the Lion, but not so great when they turn their focus on a well meaning scientist. 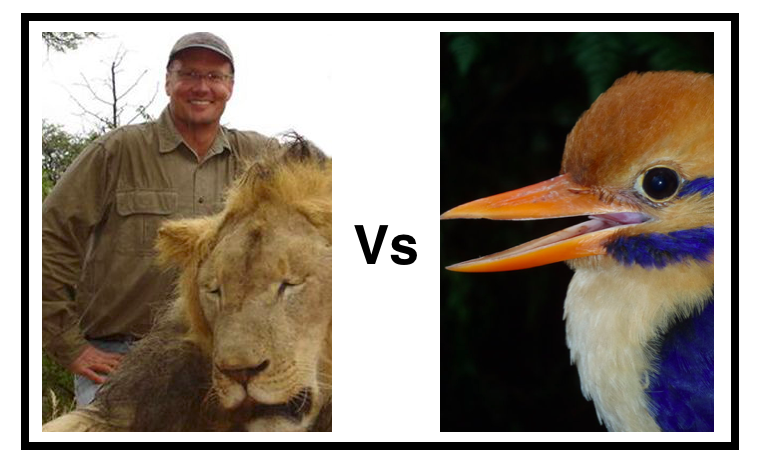 KILLING IN THE NAME OF …

Yesterday the NY Times had a rather sad story about the level of internet vigilante-ism seen these days thanks to social media.  It was about ornithologist Christopher Filardi who did what field biologists have done for centuries — he “collected” a specimen.

But by the time he had come down from the mountains, the AMNH had innocently tweeted out a photo of the “sacrificed” bird (always loved how that word was used in scientific methods), mentioning he had killed it in the name of science.  That was all it took to unleash the fury of the internet.  He ended up the target of something similar to the Michigan dentist who killed Cecil the Lion (not in the name of science).

NARRATIVE LOVES THE ONE

There’s a whole discussion to be had about whether nature should be killed in the name of science any more, but what interests me is the power and drama of the clean, singular narrative.  It’s fascinating because science loves big numbers and large data sets.

And yet, as Nicholas Kristof pointed out in his brilliantly concise 2009 article in “Outside” magazine (that I have used for years in workshops) storytelling is at its strongest when there’s just a single character — especially when it comes to the villain.

The Filardi article pointed out the millions of birds killed by millions of faceless villains (domestic cats) and nearly a billion birds crash into buildings each year.  But all those numbers are meaningless up against the drama of the one seemingly oblivious scientist slaughtering nature with apparently no concerns for the creatures themselves.

It might be hard to process, but had the bird been killed by a team of five biologists the rage wouldn’t have been as powerful as it was for just the one poor nature loving scientist.  And this ends up being one of the toughest challenges for science-minded people when it comes to communication — the idea that more is not more when it comes to drama — it’s less.