Oprah Winfrey showed how it’s done back in February with her powerful Golden Globes speech.  Now biomedical writer/doctor Siddhartha Mukherjee shows the same use of ABT structure to create a similar “story of stories” in an excellent NY Times Opinion piece about the sad loss of appreciation for case studies in the medical world. 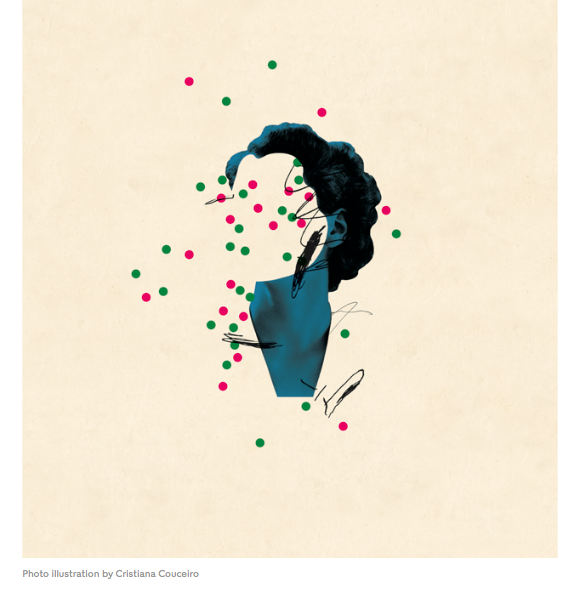 If you want to make the case for the power and importance of case studies, you’d better do it with powerful narrative structure, as Siddhartha Mukherjee did beautifully yesterday in the NY Times.

THIS IS HOW THEY DO IT

People are always asking for demonstrations of how the ABT works in long form.  Here you go.

This is a circular exercise in that the author uses the power of story to argue for the need for story. Pulitzer Prize winner Siddhartha Mukherjee published this wonderful Opinion piece yesterday in the NY Times.  This is the kind of writing (and cause) that makes me jump off the couch in joy.

He is bemoaning the loss of appreciation for case studies in the biomedical world.  The metrics-driven forces of today’s world are relegating these important pieces of medical puzzles into the waste bin of “just anecdotes.”  It’s tragic.

But at least he’s using powerful narrative structure to make his case.  And yes, the irony is that I’m about to present some metrics to analyze this great article about what metrics are doing to us.   Something sadly circular in that, as well.

HIS NARRATIVE INDEX IS A POWERFUL 42

The Narrative Index, as I’ve defined it, is  simply the ratio of the words “but” to “and” like this:

Below is the color-coded text, identifying the three fundamental forces of narrative — AGREEMENT (blue), CONTRADICTION (red), CONSEQUENCE (green).  Just step back and look at it — you can see the narrative loops, clear as day.

This is how you communicate powerfully — layout out the context each time, grab attention with the contradiction, then following it with the actions (consequences) that result.  He’s done it beautifully.

Also note that his AND Index (% of total words that are “and”) is 2.6% which is a bullseye for the standard target of 2.5% that I discussed last year in this post. It reflects the sort of tight editing you’d expect from the NY Times.

Furthermore, look at the overall structure.  He demonstrates what the NY Times called “a story about stories” in reference to Oprah’s speech.  You can see the individual ABT loops, but then at the larger scale I’ve put the over-arching section of contradiction into purple and a little larger.  That’s what TV writers would call “the turn.”

The first part lays out how the world used to be.  The turn tells us what’s changed.  The last part tells us the consequences of the change.

This is what our Story Circles Narrative Training program helps you develop — the “narrative intuition” (the term I coined in “Houston, We Have A Narrative”) that enables you to think, write and speak with this level of narrative sophistication.

Late one evening in the medical library of the hospital where I work, I opened The Lancet, the medical journal, and came across a case report written by the neurologist-writer Oliver Sacks and colleagues. “In July 2011, a 52-year-old woman presented to our psychiatric outpatient clinic in The Hague with a lifelong history of seeing people’s faces change into dragonlike faces.”

Hooked, I continued: “She could perceive and recognize actual faces, but after several minutes, they turned black, grew long, pointy ears and a protruding snout and displayed a reptiloid skin and huge eyes in bright yellow, green, blue or red. She saw similar dragonlike faces drifting toward her many times a day from the walls, electrical sockets or the computer screen.”

I am not a neurologist. I don’t have a particular interest in abstruse hallucinations; nor, for that matter, did I happen to have a patient in the cancer wards afflicted by the sight of mythical creatures. But I could not stop reading. The woman, I learned, had a history of headaches and was “born with a caul” — a condition in which the amniotic sac covers the baby at birth, creating a veil of tissue across the face. She also had hallucinations about gigantic ants that crawled up and down her hands. During early childhood, the visions of faces morphing into dragons did not bother her, but as she grew older, she grew progressively depressed as she “realized that this was not how other people saw each other’s faces.” Nonetheless, she graduated from school, married, had a daughter and got a job as a school administrator, even as she withdrew and grew more isolated from the world.

Doctors performed a complete neurological examination, but it was unrevealing. An M.R.I. showed some patchy lesions in the white matter of the brain, but nothing definitive emerged — no tumor, no stroke, no anatomical weirdness. The woman was prescribed an anti-epileptic pill and then a drug for Parkinson’s disease. The therapy was ad hoc and empiric — guided more by desperation than by the recognition of an innate pathological process — but the hallucinations remitted and diminished. And then, astoundingly, the report came to a close. There was no revelatory flourish of diagnostic wizardry. The doctor did not turn into the sorcerer; no rabbit was extracted from a hat.

It was as if Sacks lobbed the puzzle into the future for someone else to solve: In some distant time, he seemed to imply, another neurologist would read this story and find resonances with another case involving another patient and complete the circle of explanation. For now, though, there was no diagnosis, only description, observations without explanations.

It’s hard to pinpoint a date when doctors began to write individual case histories, but the very first documents of medical history contain spectacular examples of the genre. Here is Hippocrates, writing about a patient around 400 B.C.:

“In Thasus, a woman, of a melancholic turn of mind, from some accidental cause of sorrow, while still going about, became affected with loss of sleep, aversion to food, and had thirst and nausea. … On the first, at the commencement of night, frights, much talking, despondency, slight fever; in the morning, frequent spasms, and when they ceased, she was incoherent and talked obscurely. … On the second, in the same state; had no sleep; fever more acute. On the third … apyrexia, slept, quite collected; had a crisis. … About the third day, the urine black, thin, substances floating in it generally round, did not fall to the bottom; about the crisis a copious menstruation.” The case described here still remains open; it’s hard to find a neat diagnosis that encircles all the symptoms.

The tradition of writing case reports was carried forward for centuries. Freud wrote book-length versions of them, building the spiraling edifices of new theories of psychiatry on the stories of single patients. Even William Osler, master diagnostician, defended the tradition of recording and reporting observations alone: “Get the patient in a good light. Use your five senses. … Always examine the back. Observe, record, tabulate, communicate.” My professors in medical school ran clinical trials involving tens of thousands of patients, with no compunction about reducing humans to anonymous dots on graph paper. But on teaching rounds, they could not resist recalling the vivid description of a single patient with thyroid disease by the 19th-century physician William Gull: “Miss B … became insensibly more and more languid, with general increase in bulk … her face altering from oval to round, much like the full moon at rising.”

But over the years, as the discipline of medicine moved concertedly from descriptive to mechanistic, from observational to explanatory and from anecdotal to statistical, the case study fell out of favor. As doctors, we began to prioritize modes of learning that depended on experiments and objectivity. Our journals filled up with studies on drugs — often funded by drug companies — that had disembodied subjects lumped into “experimental” and “control.” Observation, we thought, was just the prelude to experimentation and explanation; of what use was a descriptive study unless it could help explain some principle of physiology, or be somehow incorporated into an objective (preferably randomized) trial? In 2003, the editor of The British Journal of Psychiatry, announcing his retirement, fired a parting shot. “I hastened the demise of the case report, to exclude what I see as psychiatric trivia,” he wrote.

The reaction was swift. Several doctors sent furious letters to the journal. “This is a cameo of the polarity that exists between academic, research-oriented psychiatrists and those clinicians who provide the bulk of the service,” one psychiatrist wrote. “The nomothetic approach takes precedence, while the detailed study of an individual patient is marginalized as trivia.” But the editor’s stance reflected a general sentiment that was sweeping through the medical world.  Medical “trivia” (the woman who saw dragonlike faces; the man who mistook his wife for a hat), it seemed, had no place in the pages of scientific journals. Anecdotal, observational and descriptive (all disparaging words in this new era of scientific medicine) case studies lacked rigor and explanatory power; they were just-so stories that might entertain but could not teach. If they were to be published, they would have to serve as illustrative tools to teach generalizable principles of diagnosis and pathophysiology. The descriptions turned stilted and formal. Open ends were forced shut: Rarely could a case be presented without a neatly packaged diagnosis — the rabbit pulled out of the hat.

As scientific journals prioritize randomized studies and mechanism-driven investigations — the “why” over the “what” — I miss the kind of writing that doctors like Sacks published. I miss the acuity of the observations, the scatter plots of symptoms that cannot be put into neat boxes, the vividness of description: “full moon at rising.” I miss the textural idiosyncrasies of suffering that can be found only in real testimony. But most of all, I worry that unknown unknowns will go unwritten — that buried within such cases, there might have been a cosmos of inexplicable observations that might, in turn, have inspired new ways of thinking about human pathology. Perhaps we might make a special case for the case study as we enter strange frontiers of medical therapy — immune modulation for cancer, deep-brain stimulation for mental illness — with bizarre and unanticipated consequences. These days, we typically write observational reports on single patients to teach students about the past: This is how this medical mystery was cracked. But perhaps we might revive the case study that looks to the future: I cannot diagnose this condition, or explain it away, but I will record it in its fullest, richest form for another generation of medical students to puzzle over.