If you’re a believer in the “one size fits all” model of training for the communication of science you might want to read this.  We’ve learned a lot in our 5 years of developing Story Circles Narrative Training.  There are at least three gradients you’re up against.  If you do the math you can make a clear prediction — that our best clients should be National Park Service, Fish and Wildlife, USGS and USDA.  And you’d be right. 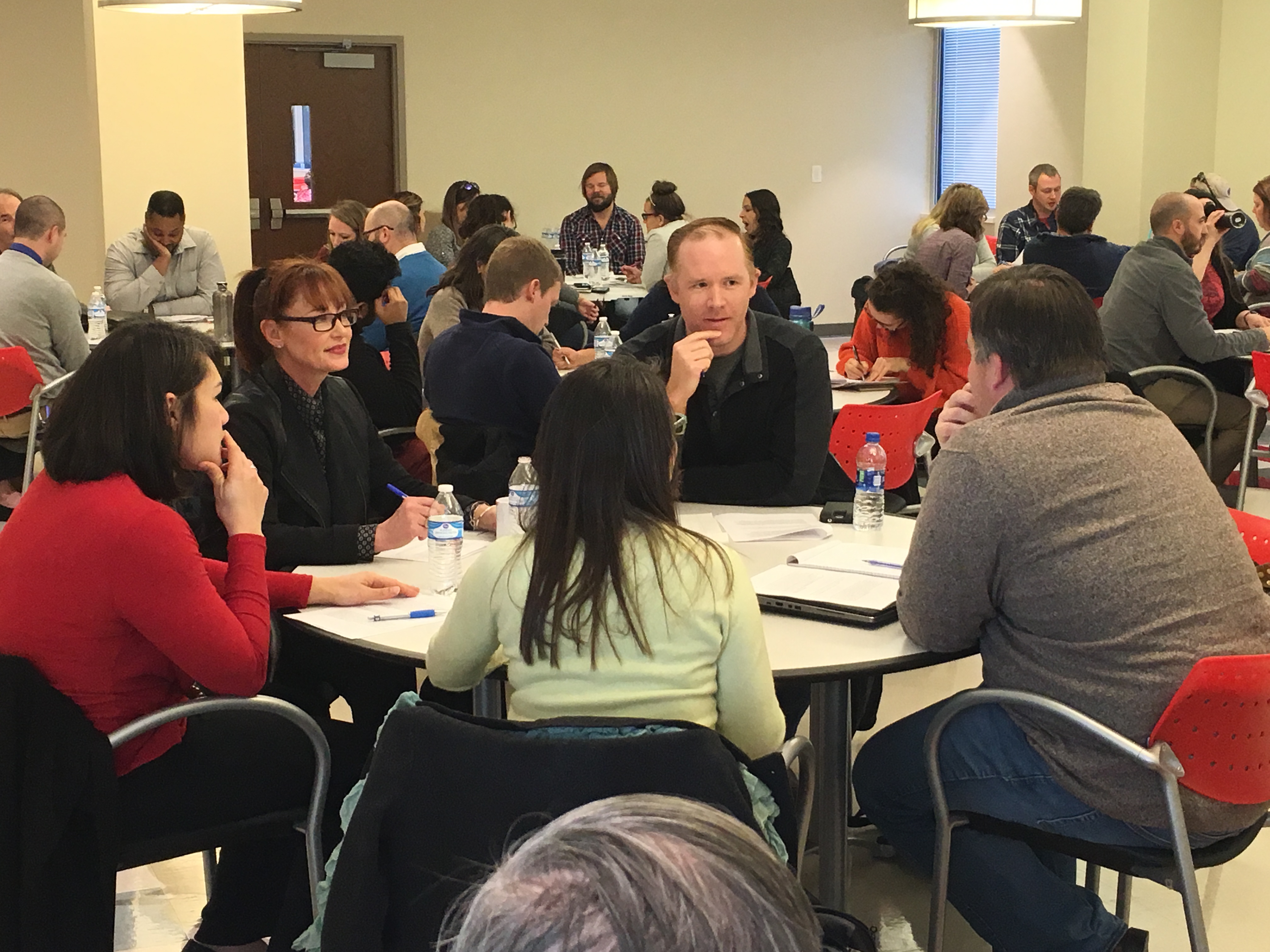 Here’s three of the most important things we’ve learned when it comes to narrative training.

In the beginning, evvvvvveryone said, “Oh, today’s young people are the ones who are gonna get the most out of this program — they’re so good at communication.  The old folks will probably have trouble with it.”   Wrong.

These supposed “good communications” today’s young people are doing are mostly social media — texting, tweeting, Facebooking, etc.  The problem is, that stuff is mostly non-narrative And, And, And (AAA) material.  As in, “I went to school AND I talked to James AND we got some coffee AND he’s really stressed out …”

More importantly, what we learned the hard way is the youngsters don’t have any CONTEXT for narrative training.  There’s a few rare exceptions, but most of them haven’t had enough proposals rejected, papers declined, and talks that went poorly to have developed a clear context in which to grasp the need for good narrative structure and appreciate how hard it is to master.

Furthermore, there’s a syndrome that many professors have confirmed for me — that the students are raised to be “positive” and not criticize each other.  The core of Story Circles is not criticizing each other but critical thinking.  The result is discussion sessions with young students where they praise the ABT that was just read, then sit quietly with nothing to say (I think their parents taught them, “if you can’t say anything nice then don’t say anything at all”).

Professional scientists are the opposite.  They have a clear context.  We saw this with the first session of the first group of scientists at USDA.  Before the session was even over they were listing all the projects the ABT could help with.

It’s just a constraint of experience, but it’s a very real and important constraint.  And the final clincher is the group of OLDER graduate students at U.C. Davis’s Bodega Marine Lab who right now are running three circles and doing a great job with it.

BOTTOM LINE:  the training works best for those with a little more life experience.

There’s a major component to Story Circles that is meant to address Chapter 2 of my book, “Don’t Be Such A Scientist.”  Each week some of the material analyzed is scientific content (literal) and some of it is the synopses of movies (non-literal).  Most people love the inclusion of movies — they get the point we’re making — that the basic structure is the same ABT elements, but some rail against it, saying “We don’t want to be moviemakers, why are you forcing us to read movie synopses?”   That’s called literal minded thinking.

In particular, it’s the heavily analytical people who have proven to be the most challenging so far.  We’ve found a number of molecular/biomedical researchers have chewed up the training, spat it out, and told us it doesn’t work.  I got the same thing with one person in the session I did with diplomats from the State Department and the same thing with some of the “quant jocks” (statisticians) at Deloitte Touche business consulting firm.

Heavily analytical people tend to be heavily literal minded.  They expect their communications training to deal with ONLY their subject matter.

It becomes a downward spiral for them.  The very training they need is what they end up tearing to pieces, eventually saying that they know better than we do when it comes to communications training.

It can be painful to watch those in need dismissing what could help them.  Like a wounded animal rubbing the wound and making it worse.

BOTTOM LINE:   It’s definitely more challenging to train heavily analytical people on the use of narrative structure, but they are an important audience and worth the effort.  Despite having the word “story” in the name “Story Circles Narrative Training,” the key word is “narrative” which is at the core of every paper, proposal and presentation every scientist gives, no matter how analytical they are.  It just takes extra effort for the analytical types.

Now compare that mode with the typical NGO communicator who is constantly jetsetting around the planet to save humanity, endlessly “swamped”, forever “up to my ass in alligators” and all the other fun metaphors to convey the lack of time to think straight.  Combine that with the fact that they live their lives on social media (which as I said is largely non-narrative) and you start to see why so much communication today continues to get worse.

Ideally, you need a quiet, sane, structured environment to work on narrative.  As a result, we’ve had a number of disappointing experiences with universities (vastly unstructured settings) versus wonderful experiences with most of the government agencies where they show up at a building each day from 9 to 5.

One of our worst experiences was a Demo Day for 50 environmental and forestry graduate students at a prominent university.  The night before the Demo Day a recent graduate warned me that the students are all so swamped with their overbooked schedules that the idea of a training program involving 10 one hour sessions would never work.

She turned out to be right.  We did the Demo Day.  Of the 50 students, 26 signed up for circles, but the next week the organizing professor said only 4 of them really meant it — the rest just signed up to be nice.

In contrast, again, look at the UC Davis grad students at the Bodega Marine Lab.  They might as well be off at a writers retreat.  They are in a structured environment, seeing each other every day, with minimal distractions.  No wonder they are doing so well.

BOTTOM LINE:  People who are running non-stop don’t communicate well.  They can’t.  There are physiological constraints.  It requires a certain degree of structure and quiet.

We were a tiny bit naive at the start, five years ago.  I thought the training would flourish best with young people and academics.  It’s five years later.  Turns out its the folks who are a little older (advanced grad students on) and government agency workers who have taken to it best.

There’s lots of exceptions — even a few undergraduates and plenty of professors on busy campuses.  But in general, one size does not fit all when it comes to communications training.  More communications programs should be aware of this and document it further.