Mythologist Joseph Campbell pointed out we are all telling the same basic stories, around the world, in all different cultures.  The CONVERSATIONAL ABT reveals this. 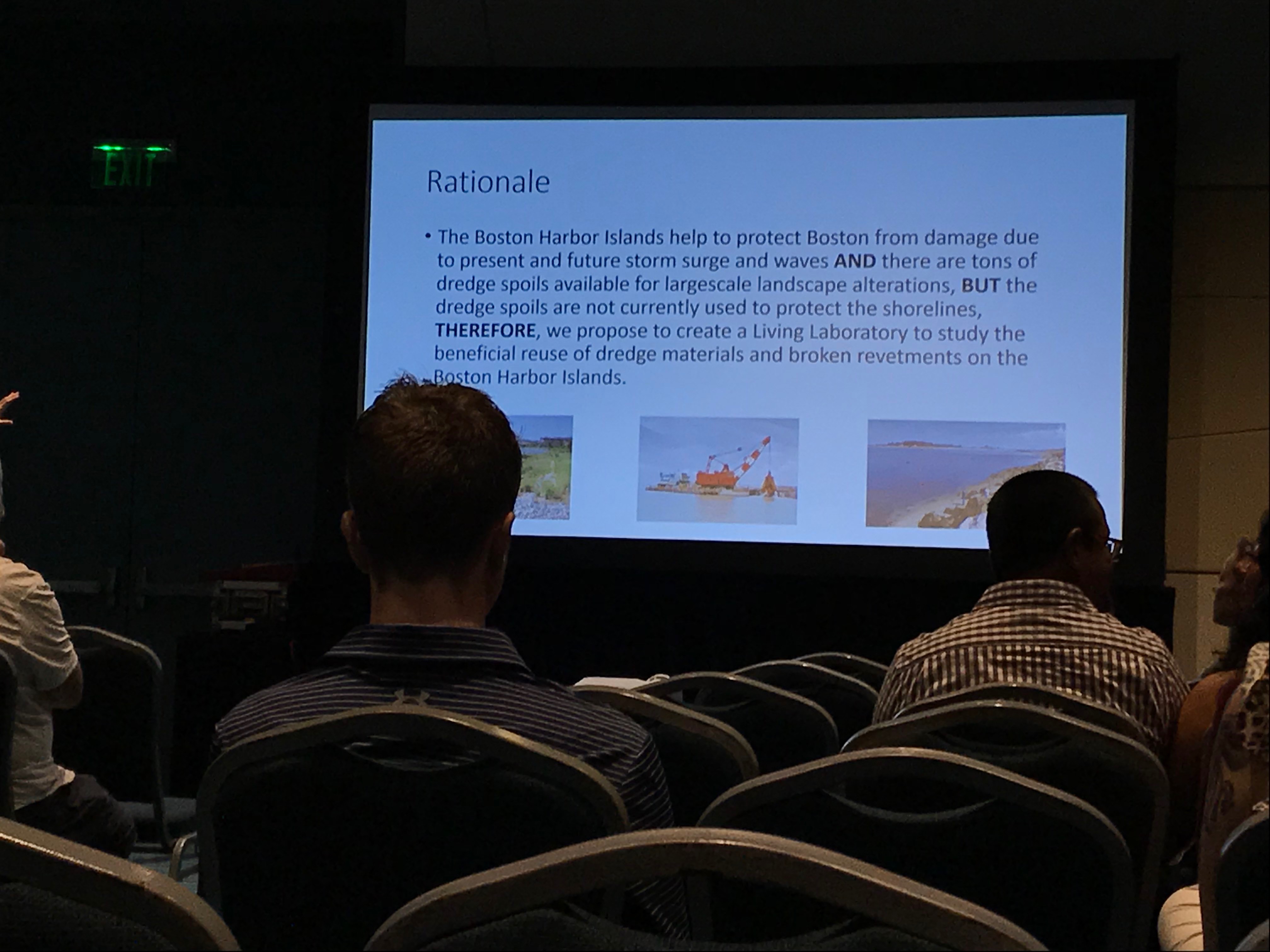 A STORY THAT EVEN A SHOE SALESMAN MIGHT RELATE TO.  The speaker is Bob Chen of University of Massachusetts, Boston, at the Ocean Sciences Meeting in Puerto Rico this week.

My good friend and longtime ABT fan Bill Dennison at University of Maryland forwarded me the photo above from the Ocean Sciences Meeting right now in Puerto Rico.  Let’s take a look at this, using the CONVERSATIONAL ABT, which is one of the three forms of the ABT I outlined in, “Houston, We Have A Narrative.”

First off, imagine you’re talking to someone from Soul Man shoe corporation who tells you the following basic ABT for their company:

International shipping for Soul Man Shoes has suffered for years from inefficiency AND everyone has known the solution to the problem BUT for some reason no one has ever managed to implement it THEREFORE we are starting a new project that will study that solution and hopefully implement it.

For the Conversational ABT you strip out all that makes it compelling, making it as concise as possible, like this:

CONVERSATIONAL ABT:   We have a problem AND we know the solution, BUT we’re not implementing it, THEREFORE we’re starting a project to study it that will hopefully make it happen.

You can see that ABT says nothing about the world it is taking place in.  It’s totally generic.  It is the core STORY that is being told, devoid of context.  And you can feel it’s the sort of story anyone from anywhere might tell.

WE’RE ALL TELLING THE SAME STORIES

Now take a look at the ABT on the slide above.  It is the same story, told in the world of ocean science.  That speaker could have started with the exact same sentence as a speaker from Soul Man Shoes speaking at a corporate conference.

He could have opened his talk by saying, “I’m going to tell you today about a situation where we’ve got a problem, we know the solution, but we haven’t been able to implement the solution, so we’re now starting a project to study how to make it happen.”

The fact is, if someone from Soul Man Shoes happened to be in the audience for the ocean science talk — maybe just accompanying a scientist friend — that person would sit up and say, “Whoa, this sounds like the same thing my company is dealing with!”

That person would be instantly drawn into the presentation, even with zero interest in Boston Harbor.  That is the broad, universal power of story structure.