Beto O’Rourke’s candidacy for president has hit a rough patch.  This week The New Yorker asked, “Can Beto Bounce Back?”  He’s got one clear problem — his speeches lack narrative depth.  The article alludes to it.  His scores for the Narrative Index point the same way — stuck in dullsville. 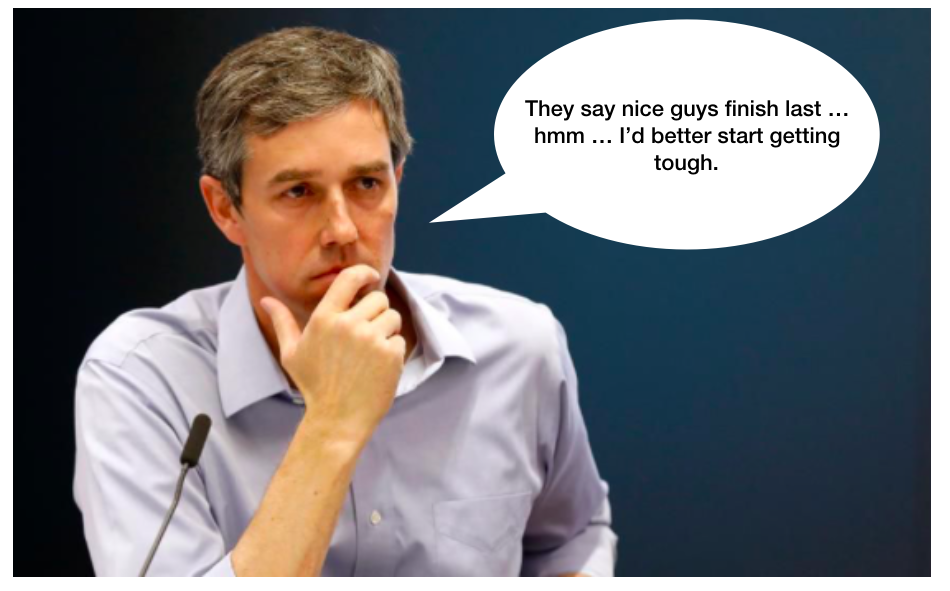 Next week I will be releasing my new eBook, “Narrative Is Everything,” on Amazon and elsewhere.  It will, at last, be the in-depth presentation of 4 years now of calculating the Narrative Index (But/And ratio) for everything from political speeches and editorials to novels and Nobel Laureate addresses.

I’ve found the transcripts for two significant speeches so far from Beto O’Rourke — his concession speech last November and his announcement speech in March in El Paso, Texas.  The latter provides a solid amount of text at over 4,000 words. The signs are not good.

Look at this first line of the New Yorker article:  “It’s not easy to get Beto O’Rourke to speak disparagingly about anyone.”

That’s bad.  Nice guys finish last.  He’d better start identifying problems, then getting specific about who is causing them and proposing how to confront them.  That’s what Alexandria Ocasio-Cortez has been doing all along — it’s called fighting, and it’s what’s needed.

But for now he might as well be reading the phone book to audiences.