Kathryn Schultz in The New Yorker has a great article about the driving force of today’s true crime tv/radio obsession.  At the core of the trend is the same desire for “positive patterns” I discussed at length in my book.  She sums it up as “our yearning for certainty.”  Same same.  It’s inevitable and it drives a lot of tragic misdeeds, including how some TV shows are made. 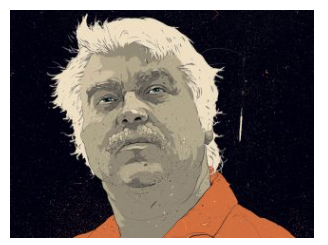 UNSAVORY AVERY.  Who knows if he’s innocent, but he’s clearly no saint.

THE COURT OF LAST RESORT

If you’re into the latest true crime TV series, “Making a Murderer,” you should read the excellent article in The New Yorker yesterday by Kathryn Schultz.  I binge watched 8 of the 10 episodes over the holidays, which was enough to get me to the point of feeling the story is interesting, however … there was a definite stench of confirmation bias in how it was put together.
That bias led to a form of mass hysteria as over 400,000 people stampeded (via the internet) to the White House signing a misguided petition begging Mr. Obama to fix everything using his magic powers.  As Schultz points out, it wasn’t even a federal case so there’s zippo the President could do even if he wanted to.
Schultz nails the bottom line with a single phrase — “our yearning for certainty.”  It is a phrase that is so deep.  It underpins everything from false positives in science to all of religion.  It is a basic human need that can overpower even the greatest physical evidence.  And it ultimately overpowered the filmmakers.
Her article is tremendous in so many ways — not the least of which is near the end as she points out the veritable lack of moral conscience from the makers of both “Making a Murderer” and NPR’s hit “Serial” with this great passage:

But neither “Serial” (which is otherwise notable for its thoroughness) nor “Making a Murderer” ever addresses the question of what rights and considerations should be extended to victims of violent crime, and under what circumstances those might justifiably be suspended.  Instead, both creators and viewers tacitly dismiss the pain caused by such shows as collateral damage, unfortunate but unavoidable. Here, too, the end is taken to justify the means; someone else’s anguish comes to seem like a trifling price to pay for the greater cause a documentary claims to serve.