Chris Palmer, one of the leading lights of wildlife filmmaking, gave a great speech recently in which he offered up his choices for the five best conservation films of all time.  To give contrast to his top choice he cited some of my rotten comments.  Yay! 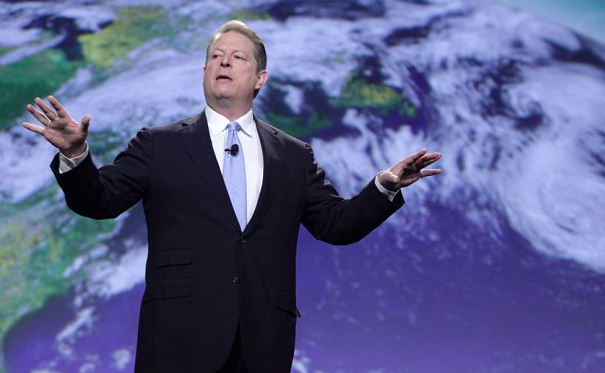 WITH A VOICE LIKE A FINE MERLOT. Somebody made that comment about Al Gore in a flattering article about “An Inconvenient Truth” a few years ago. My mother read the comment and said, “Merlot puts me to sleep.”

In 1990, four years before I left my tenured professorship of marine biology to become a filmmaker, a friend introduced me to Chris Palmer who was head of media production at National Audubon.  He was already a big cheese in the wildlife filmmaking world while I was a non-existent cheese as a filmmaker.

I sent him a copy of my very first screenplay I had written after taking part in an intensive weekend screenwriting workshop at the Boston Film and Video Cooperative taught by Christopher Keane (whom I would track down 20 years later to co-teach a fun storytelling workshop).  I met with Chris Palmer, he pulled out some notes and said, “I had one of our writers read over your screenplay — do you want to hear what he had to say?”

The comments were horrible and devastating.  Plus they were based on only the first ten pages of my script, which was all the guy said he could stand to read.  His major complaint was, “Nothing happens in the first ten pages.”  I thought lots of stuff happened, but I was young and very stoopid.

It was my first experience with the idea that, “A story begins when something happens” which I didn’t know back then.  So while the guy’s comments clobbered me on the head, today I realize he was painfully correct — I was in love with all the “and, and, and” details I had opened with.

Anyhow, I circled back to Chris many years later and became a “Uge, Uge,” fan of his books and essays that strive to set ethical standards for wildlife filmmakers — especially his book, “Confessions of a Wildlife Filmmaker.”  He’s done a ton of great and important work where others fear to tread, and I have a world of respect for him as I tried to convey in this 2013 Benshi post.

Chris is now a professor at American University and contacted me a couple months ago about a speech where he wanted to talk about the five best conservation films of all time.  He asked for my suggestions, for which I pushed hard for my favorite, “DamNation” which I reviewed on the Benshi.

But it turned out the comments from me he liked best were my standard pooping on “An Inconvenient Truth.”  So he ends up using me as his “villain” in his speech — the one person who does anything other than gush and rave about nature films (which, btw, have a longstanding tradition of being bo-ho-horing).

Here’s his whole speech which is great.

“An Evening with Chris Palmer”

THE BEST CONSERVATION FILMS OF ALL TIME

Presentation at the Environmental Film Festival in DC

This event is pretentiously called “An Evening with Chris Palmer.” The Festival first asked me to do this event ten years ago, and I’ve been doing it annually ever since.

Tonight I want to talk about the five best conservation films of all time.

Now everyone please stand up, find someone you’ve never met before, and discuss for two minutes the best conservation or environmentally-themed films you’ve ever seen. Go!

Ask audience members for their ideas!

You may have noticed that I didn’t give you much structure for this question, and so coming up with answers is challenging because the question begs further questions. What do I mean by conservation films? What do I mean by best? How do you define success? By acclaim? Effectiveness? Total viewership? Actions taken? Links shared or liked? Stories told or lives changed? Public policy or laws made? What about fiction films? Or old films from early cinema before we understood many of our current environmental issues?

Now, if you’ve heard me speak before or read my two books on this issue, you might be familiar with some of my thoughts on these questions.  I have said that what really matters is whether a film achieves any impact.

Films which have no impact are not worth making. The only reason to make a film is to change the world.

What do I mean by that? I mean the only reason to make a film is to change the minds of the audience, to inspire them to think differently, and ultimately to move them to take new action.

So what are the most impactful films, then? With the help of one of my top grad students, Sam Sheline, I came up with an idea. I wrote to over a dozen of my most successful filmmaking friends and ask them for their opinions.

These folks included Dereck and Beverly Joubert from Botswana, Mark Deeble and Vicky Stone from Kenya, Bob Poole from Idaho, Adam Ravetch from Vancouver, Howard and Michele Hall from California, and Tim Martin from the BBC in England.

They are among the best wildlife filmmakers in the world and have all been honored with top prizes at Jackson Hole, Wildscreen, and other highly esteemed film festivals. Derek and Beverly Joubert, for example, have not only produced some of the best films ever made on big cats, but have also performed pioneering conservation work for animals like rhinos.

As you can imagine, I received a variety of replies. My filmmaking friends recommended films that were at the top of my list, but also some new ones.  Here is a compilation of clips from their recommendations, along with others that Sam and I came up with during our discussions. Let’s watch that now and see how many you can recognize.

Those are all great films. But as promised, I want to tell you my top five conservation films of all time.

Now, my friend Dr. Randy Olson, who is both a scientist and a filmmaker, dismisses Al Gore’s film, calling it “stupid.”

Randy says, “Laurie David panicked in the fall of 2005, grabbed Al Gore, and with almost no story development filmed him giving his slide show. She ended up with the predictable “and, and, and” presentation with no story that wowed the choir but bored the masses.”

But I include An Inconvenient Truth in my list because it came up in responses from my filmmaking friends more than any other film, and it changed the discussion over climate change. A Nielsen and Oxford University survey found that two-thirds of people who saw the film changed their minds about climate change, and three-fourths said they had changed some of their habits because of the film. And many people saw it: in the US it’s the 10th highest-grossing documentary of all time.

It also broke the mold as far as conventional wisdom about documentaries goes. It’s a film about a scientific process, based on a PowerPoint presentation. It appeals to our heads more than our hearts—long thought to be a mistaken approach for documentary filmmaking. It gives me hope that we can continue to use meaningful science to talk about big issues in films that lots of people will see.

Blackfish also came up on many of my colleagues’ lists.

Blackfish brought an important ethical issue about the mistreatment of some of the world’s most intelligent creatures into the international spotlight. Most people were not aware of the issue before the film, and afterwards it created a huge dialog around the subject.  SeaWorld has been severely impacted. The number of visitors has sharply declined. I wrote about this extensively in my recent book Confessions of a Wildlife Filmmaker. Just last week, SeaWorld announced it will stop breeding orcas and phase out theatrical orca shows. I believe captivity should end and that all the remaining captive orcas should be released to seaside sanctuaries or pens.

The Cove came up on many lists, including mine and Sam’s.

The ingenious structure of the film, which ramps up in tension until the final reveal of its grisly footage, leaves a lasting impression. The Cove made over a million dollars during a limited box office run, and won both the audience award at Sundance and the Oscar for best documentary in 2010. Although the Taiji dolphin slaughter has not been completely stopped, it recently reached its lowest levels ever, and the film increased awareness of cetacean conservation around the world.

I wanted to include an old classic to highlight the fact that environmental themes have been coming up in films, including mainstream fiction films, for ages. Bambi, the 1942 Disney animated film, was the first film to show animals with family lives destroyed by man.  It allowed audiences to form an emotional connection to wild animals. Many of my own films have followed in Bambi’s footsteps in showing the familial relationships and personalities of wild animals.  This film is still having an impact on how children think about animals.

Although there were ethical issues during the filming of this 1956 classic, it began a new era in ocean conservation. It was the first film to show the ocean depths in color, and Jacques Cousteau went on to have one of the most distinguished careers in the history of conservation or filmmaking. Ted Turner even calls him the father of the environmental movement. It was also the only documentary to win the Palme d’Or at Cannes until Michael Moore’s Fahrenheit 9/11 repeated the feat almost 50 years later.

There are many films which were close contenders to get on my list of the five best conservation films of all time. For example, Whale Wars, Grizzly Man, Racing Extinction, Avatar, Born Free, Local Hero, Whale Rider, DamNation, The Day After Tomorrow, The Plow That Broke the Plains, Miss Goodall Among the Wild Chimpanzees, Wall-E, Planet Earth, The Trials of Life, Emerald Forest, Green, Eternal Enemies, Never Cry Wolf, To Fly, End of the Line, Gasland, Food Inc, Cowspiracy, Last Call at the Oasis, Serengeti Shall Not Die, Mission Blue, Year of the Wildebeest, Disney’s Living Desert, Chasing Ice, and Virunga.

I could list many more of course, and I apologize if I did not mention your favorite.

Sam and I both got a lot out of this thought exercise, trying to decide what makes a truly effective and impactful conservation film.

I hope you enjoyed it too. Remember that the only reason to make a film is to change the world.

Thank you very much.