The Netflix documentary “Seaspiracy” appeared on Netflix in March, causing much “strum und drang” in the ocean conservation community. It addresses the two main elements of ocean destruction: POLLUTION and OVER-FISHING. Several ocean activist friends asked me for my opinion of the film. I decided to organize an episode of our new podcast ABT Time around it involving two experts on over-fishing that I’ve known for over 15 years each, Dr. Jennnifer Jacquet of NYU and John Hocevar of Greenpeace. What I’ve compiled here is a sort of Viewers Guide, especially useful to those who are learning the ABT Framework. I point out parts of the discussion where we delve into narrative structure in relation to the communication of these two issues through the film. We also use the more popular Oscar-winning, “My Octopus Teacher,” as a reference point for narrative dynamics. 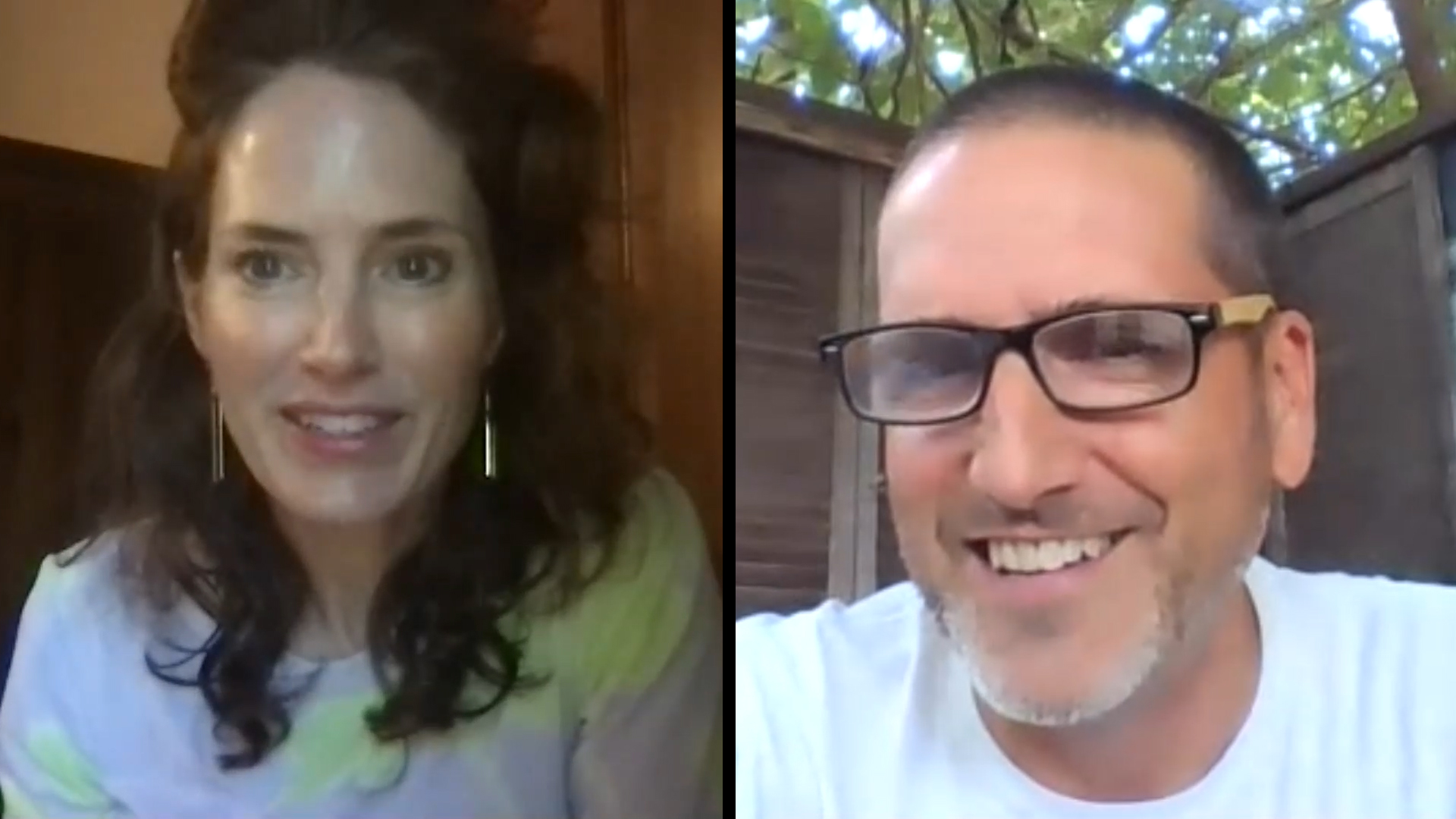 THE ABT FRAMEWORK VIEWERS GUIDE TO OUR PODCAST EPISODE

There have been tons of articles and blogposts written about the recent documentary, “Seaspiracy.” This week on our new podcast, ABT Time with my Australian co-host Jen Martin, we hosted two ocean experts as guests. Our main goal was not to delve into the science and environmental policy side of the film, but rather to have the two experts work with us in analyzing the effectiveness of communication of the film.

As part of the exercise, we used the recent Oscar-winning ocean film, “My Octopus Teacher,” for comparison of narrative dynamics.

Here’s a sort of “Viewers Guide” to some of the specific aspects of our discussion that honed in on elements of THE ABT FRAMEWORK in relation to the two films. This material will be of particular interest to folks who have either taken the ABT Framework Course, are thinking of taking it, or have read “The Narrative Gym.”

The time codes here refer to the Youtube version of the podcast which you can find here.

THE TWO ABT’s OF “SEASPIRACY” – I begin by laying out the two basic ABT’s of “Seaspiracy” which are:

HIS PERSONAL JOURNEY: The filmmaker fell in love with the oceans as a kid AND all the documentaries he viewed seemed to paint a healthy picture of the oceans, BUT then he began to learn what we all know, that the oceans are in bad shape, THEREFORE he decided to get involved in saving the oceans.

THE FILM’S OVERALL ABT: He went to work on ocean conservation AND all he heard about was plastic pollution BUT then he began to realize that over-fishing is the bigger, longer term issue, THEREFORE he felt deceived and thus the “conspiracy” element of the title.

PROBLEM: TOO MANY NARRATIVES (DHY) – In the ABT Framework we use the term DHY (Despite, However, Yet) to represent the form of a story that has too many narratives going at once.

This is exactly where our 3 Step ABT Development Model (that is at the core of the ABT Framework course and the “Narrative Gym” book) starts. You begin the process of defining your central narrative by pinpointing THE ONE PROBLEM — not 15 problems. It seemed like the movie, by the end, finally did arrive at THE ONE PROBLEM which is that: “We need to stop eating fish.”

Once the filmmakers figured this out, they should have thrown out most of the content of the film and tried to take us on a singular, clear, simple, thoughtful, focused, penetrating journey to the depths of this one question of whether we should continue eating fish. That would have made for a more focused and powerful film.

There was a simple compelling argument to be made about that, but the film ended up being too much STUFF (as Jen itemized) piled on top of itself.

THE POWER OF CONTEXT – Narrative consists of 3 forces: Agreement, Contradiction, Consequence. In the past year and a half, as we’ve run 14 rounds of the ABT Framework course, probably the biggest lesson we’ve learned has been the overwhelming importance of that first element — AGREEMENT. It’s where the problem gets set up. If you do a good job with it, the story reaches a deep level, if you don’t, people feel little connection.

At this point in the discussion Jen Martin talks in detail about all the work “My Octopus Teacher” did with setting up the story in a way that made you feel something, care about the main character, and know what is at stake. “Seaspiracy” kind of bypassed this whole element, jumping right into the problems. This tends to be a defining difference between a good storytelling versus shallower, more ephemeral communication.

By the way, somewhere around here Jennifer Jacquet scores one of the best lines of the whole discussion in saying that this is where “My Octopus Teacher,” has a leg up on the other film, “or maybe eight legs up.” Hahahahaha. She’s funny.

ARCHPLOT ANALYSIS OF “MY OCTOPUS TEACHER” — Okay, this is where Jen and I, without apologies, delve into the depths of the ABT Framework course, speaking to either graduates of the course or anyone who has studied Robert McKee’s 1997 landmark screenwriting book, “Story.” He talks about Classical Design of stories — the attributes of stories that have great impact both in space and time, crossing cultures and lasting for eternity. He lists 8 characteristics which, in my books, I present the 5 I think are most important. He introduces the term ARCHPLOT as a more technical term for Classical Design.

At this point in the discussion I work with Jen to go through the 5 main characteristics of Archplot for “My Octopus Teacher.”

1) SINGLE MAIN CHARACTER – I ask her the fundamental question we were constantly hit with in film school which is, “Who’s Story is it?” As cool as the octopus is in the film, it is clear the overall film is the story of the filmmaker, Craig Foster.

2) ACTIVE MAIN CHARACTER – Was Craig just a passive character in the story, or is he actively on a journey. Jen does a great job, starting at 37:45, of telling about the whole set up of Craig’s background — his suffering in life, his search for “The great purpose of my life” — a very clear problem he was seeking to address and found a pathway through the octopus.

3) LINEAR TIMELINE – Mass audiences prefer events to be told to them in linear sequence. Artsy crowds love to jump around in time, but that tends to lose the masses. This events in this film were completely linear.

4) COMPLETE CAUSALITY – Were things left unexplained? Not really. Pretty much everything in the film made sense. The masses demand this.

5) CLOSED ENDING – The film came to a beautiful closed ending with the end of the life of the octopus and a synthesis of all that Craig learned and how it helped him with his relationships.

The bottom line is that “My Octopus Teacher” conformed to most of the man criteria of Archplot stories. It took us on a journey that spanned the life of the octopus and was very personal. “Seaspiracy” was more just informational, not headed towards any clear end point and with little attention paid to the set up.

SYLVIA EARLE GETS VINDICATED – At this point in the discussion I confide that I’ve never been a fan of Sylvia Earle, BUT … finally with this film, I think I finally am, at least somewhat. If she knew about The Dobzhansky Template, I think she would use it like this:

NOTHING IN SAVING THE OCEANS MAKES SENSE EXCEPT IN THE LIGHT OF THE NEED TO JUST STOP EATING FISH.

She’s still not a great communicator, but she was one of the first to begin preaching the message of “let’s stop eating seafood,” which thirty years ago seemed silly, but now is the grand message of “Seaspiracy.” She’s looking better on this with time.

THE ABT OF FISH RIGHTS – There’s a great moment here from Jennifer, thrown on the spot by me asking her to tell the ABT of the issue of giving individual rights to fish. She does an excellent job, off the top of her head — proving for once and for all that no, you don’t need a day to craft an ABT – you can do it on the spot. I’m going to use this bit in the ABT Framework course when people say they can’t come up with an ABT if they aren’t given few hours to craft it. Wrong.

It was maybe a little unfair to invite Jennifer and John as guests who are experts in ocean science and policy, then focus the whole discussion on communication, BUT … I wouldn’t have done it if they weren’t both excellent communicators themselves. Towards that end, here’s a few of their more important moments towards the end.

“I FOUND IT EXCITING” – I think some ocean conservationists were so annoyed with “Seaspiracy” that they would be annoyed with anyone conveying any excitement about the film, but the film definitely did eventually find its way to somewhat of a “new message” for the oceans. This is what Jennifer is talking about near the end of our discussion which she found exciting. And I agree.

ALIENS BOTTOM TRAWLING NEW YORK CITY – My favorite bit from John Hocevar is near the end when he talks about what space aliens would find if they dragged bottom nets through downtown New York City.

THE INTERNATIONAL WHALING COMMISSION: SHIFTS HAPPEN – I think this is probably the best part of our entire discussion — Jennifer Jacquet offers up her overall synthesis of what is happening with the issue of over-fishing AND could very well eventually happen one day for the whole world. This part is really great. If you’re too busy to listen to the entire discussion, just go to this one bit.

“MY SEA SQUIRT TEACHER” – go ahead and laugh, but maybe some day I’ll go back to Lizard Island, Australia, where I did the field work for my PhD dissertation on sea squirts and film my own documentary with this title. It will consist of me sitting underwater all day long throughout the entire life of a single colony of the colonial ascidian Didemnum molle, just waiting for it to do one thing — anything — other than just sitting there and filtering water all day, every day. It will be the most thoughtful and meditative ocean conservation film ever made. And then when it’s released and gets rotten reviews for having “none of the narrative principles the guy spent his life espousing,” I will ask people to say only to me the same thing that Bill Murray’s playwright character said he likes to hear about his plays in “Tootsie” — when people come up to him and say, “I saw your play … what happened?”