The New Yorker is legendary for the sterling job they do fact checking their articles AND that’s part of why I’ve been a subscriber for decades, BUT … sometimes you can be right with all the details but wrong with the overall story, THEREFORE … they should consider some day the idea of a Dobzhansky Checker. #seriously 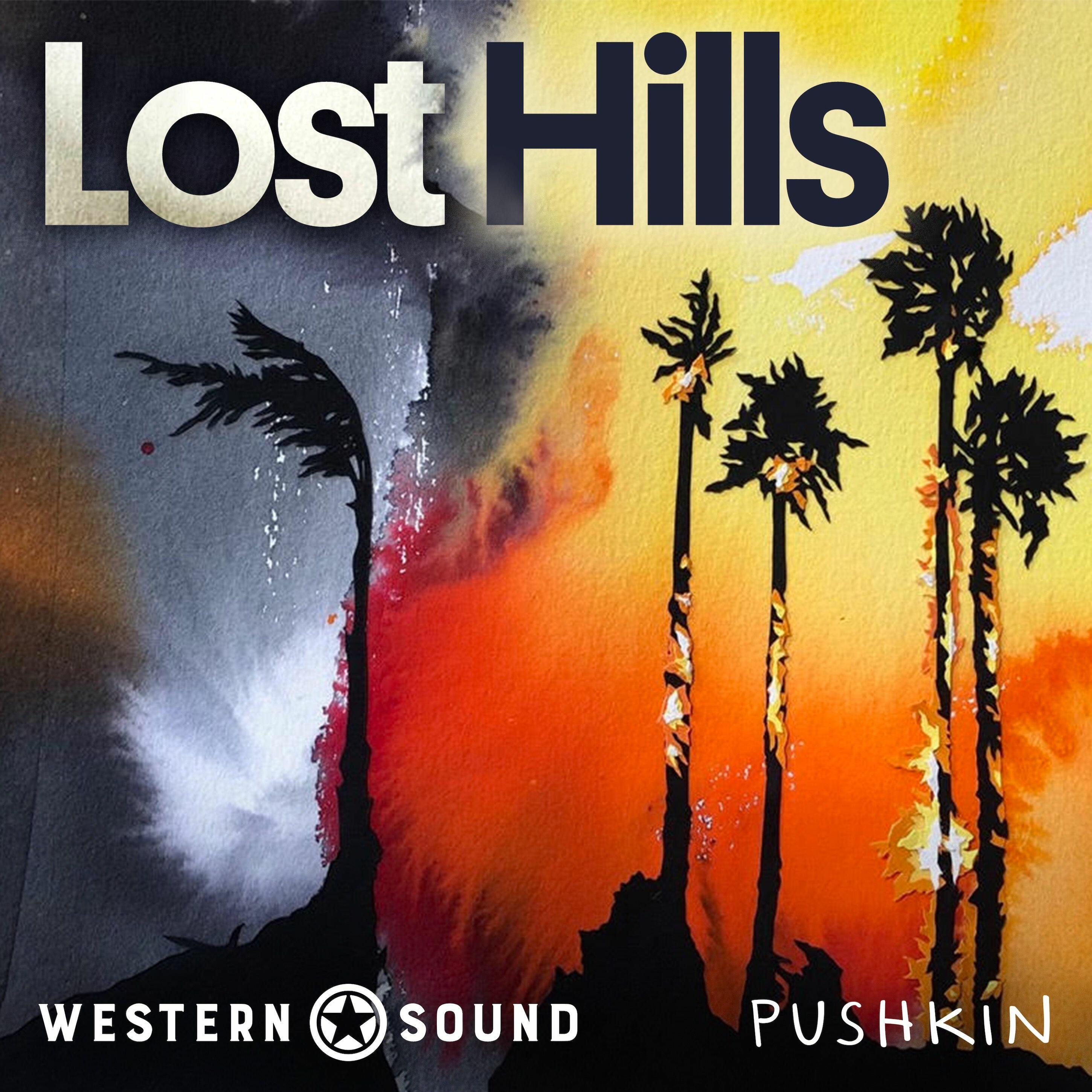 AS “CLOSE KNIT” AS A BALL OF SPAGHETTI.

A TALE OF TWO MISGUIDED STORIES

Over the years I’ve been interviewed by reporters for the New Yorker probably about 5 times. The first was all the way back in the issue of July 25, 1988 when my old buddy Daniel Ford wrote a wonderful lengthy article about the Great Barrier Reef. At one point he told about my postdoctoral research on the crown-of-thorns starfish and its larvae. It was my first experience in seeing how the media can anoint the otherwise trivial.

But when a voice is as powerful as The New Yorker, who is to say whether they’ve “gotten the story right”?

THE DOBZHANSKY: A ONE WORD TEMPLATE FOR FINDING THE THEME OF CONTENT

“Getting the story right” is a challenge at multiple scales.

There are obviously the specific details. For example, for starfish larvae, you would want to fact check a detail about whether they are called brachiolaria or velligers (one of which used to be the password to lots of my online accounts).

But there are also larger scales, such as whether the overall picture is accurate. Or whether the whole issue is even important. This is where the Dobzhansky Template comes in.

I first presented the template in my 2015 book, “Houston, We Have A Narrative.” Here’s one nice presentation of what I said.

In our narrative training programs we’ve found a lot of enthusiasm for the single word template. It’s basically a tool to help you pinpoint the central theme or thesis of what you’re communicating.

Here’s two cases of a New Yorker writer and the New Yorker itself getting it wrong at the large scale.

I’ve lived in Malibu for 15 years. I moved here for the surfing. I didn’t move here to have the 2018 fire burn up everything I own, but that eventually came with the deal, yet it’s still been worth it.

After fifteen years of living in Malibu — longer in one place than anywhere in my life — I know the community fairly well. And I know a pile of horse poop when I hear it.

So here’s the horse poop element. Just look at the iTunes description of the show on all the countless podcast venues. It says, “The killing stuns the tight-knit, privileged community of Malibu.”

Malibu is about as tight knit as a ball of yarn after a cat finished knitting with it.

If EVER there were a definition and embodiment of the term NON-tight knit, Malibu is it. 1000%.

Malibu is a community of billionaires/celebrities and blue collar workers. I know this — I surf and play tennis with both. The billionaires and celebrities are as elusive as the gophers that used to eviscerate the lawn of my house that burned up. For both, you see the evidence of their existence (celebrity gossip columns and gopher holes), but you almost never see them.

The place you especially don’t see them is at community events like City Hall meetings (why should the wealthy attend when they are only in town for a quarter of the year). For 12 years I lived one house over from legendary actor Anthony Hopkins. Despite my powerful set of binoculars and balcony that looked straight at his balcony, the only place I ever saw him was while voting early one morning at the local elementary school. He and his wife walked up to me in the parking lot. He was unrecognizable in a fedora and dark glasses. She asked if this was the polling place. I said yes and pointed them in the right direction. As they headed off I heard him say, “Thank you, veddy much,” and a bolt of electricity struck my heart — the voice of “Hannibal Lecter!”

If you doubt this story, I’ve got a photo of their backs, walking away, from about 50 feet away (took too long to think to grab a photo). It’s as dramatic as my photos of hawks in the sky above the old house, shot without a telephoto lens (black dot on blue background).

The power people don’t show up for much of anything in this “tight knit” community. You don’t see them at City Hall meetings or at the Malibu Public Library series. Or at the climate panel discussion I hosted in 2016 that was packed with nutballs asking questions about chem trails, but nobody famous.

The city is bizarrely bisected by the Pacific Coast Highway that extracts a painful death toll on motorcyclists, bicyclists, and U-turners. Top to bottom, that’s the whole community — everyone on one side of the PCH or the other. And most importantly, there are 13,000 residents, but about 100,000 tourists on weekends where the traffic on the PCH grinds to a standstill.

The place is fun, but utterly bizarre and nothing, nothing, nothing close to “close knit” when compared to the small towns of Kansas where I grew up. Only a story-shaping journalist would resort to that term for this place.

Also, I know many of the characters in the podcast. Sheesh. The picture it paints is ridiculously inaccurate.

So the New Yorker should have had a Dobzhansky Checker contact ten residents and ask the simple question of, “Is Malibu close knit?” The bulk of the answers would have been NO. And not with any sort of Sean Penn “Fast Times at Ridgemont High” surfer dude vibe of, “Like seriously bro, we’re all so chill here.”

It would have just been a simple, “Nope, you’ve got the whole tone wrong.”

PLASTICS IN THE OCEANS: A MISGUIDED NEW YORKER ARTICLE

Here’s an example of an entire feature article in the New Yorker getting the story wrong.

What I mean here, in terms of getting it right, is someone innocently asking, “So what’s the story with plastics in the oceans these days?”

The story is NOT this: A kid is single-handedly cleaning up the world’s oceans.

Yet that’s the essential message of the article in February, 2019 titled, “A Grand Plan to Clean the Great Pacific Garbage Patch.”

Yeah, I know, it made for a great story — the little David, bypassing the Goliath of the ocean conservation movement to actually get out there and sweep the oceans clean. The only catch is that the problem doesn’t work that way. The bulk of the plastic trash is along the coasts, and the way to clean the ocean is to “turn off the tap” of plastic production — neither of which make for a good story, yet are the REAL story that needed to be told (which ordinarily is when it comes to the New Yorker).

So the writer chose to “tell a good story” instead of inform the audience of what the central problem/solution dynamic is for the issue. Which is a shame because that’s usually the strength of New Yorker articles. They powerfully delve into 8,000 words to present an issue in the accurate light that intentionally doesn’t go for the cheap “we wanted to tell a good story” route.

In the terminology of my ABT Framework, the New Yorker has the guts and courage to plow into the AAA details, instead of tossing accuracy aside to just tell a good ABT story. Thankfully these two examples I cite are still exceptions rather than the rule for the age old magazine.

PRINTING THE DISTRACTION, NOT THE REALITY

In the end, what these misguided efforts are about is STORYTELLING.

As everyone is fond of saying these days, we are programmed for good stories, not good reality. One of my close friends is a long time plastics activist (you might say we have a “tight knit” friendship). He refers to major media items like this article as, “distractions.”

Had there been a Dobzhansky Checker for this story who had asked 10 experts in the field of plastic pollution in the oceans whether the unproductive failed distractive efforts of the kid were “the story” of plastic pollution the bulk would have said no, just like the Malibu story.

MISSING THE FOREST FOR THE AUDIENCE

That’s what it’s about in the end.

The good news is, we identified all the trees in the forest accurately. The bad news is, they have nothing to do with the fire downtown that everyone wants to know the cause of.