Hollywood screenwriters like to talk about wants versus needs for characters. In 2006 Al Gore announced his “want” with his landmark movie, “An Inconvenient Truth.” He pointed to the ultimate problem of global warming and announced that he wanted very much to stop it. But then the question to ask (that he never really did) was, “What do we NEED to achieve this goal?” The specific answer was 60 votes in the U.S. Senate for significant climate legislation. And even more specific would have been a plan for how to change minds to achieve those votes. That was never addressed. Lots of science, very little politics. And now, on Meet the Press this week, he was once again blaming the right for everything and calling them “deniers,” but not addressing that fundamental question of how to change minds. Still. 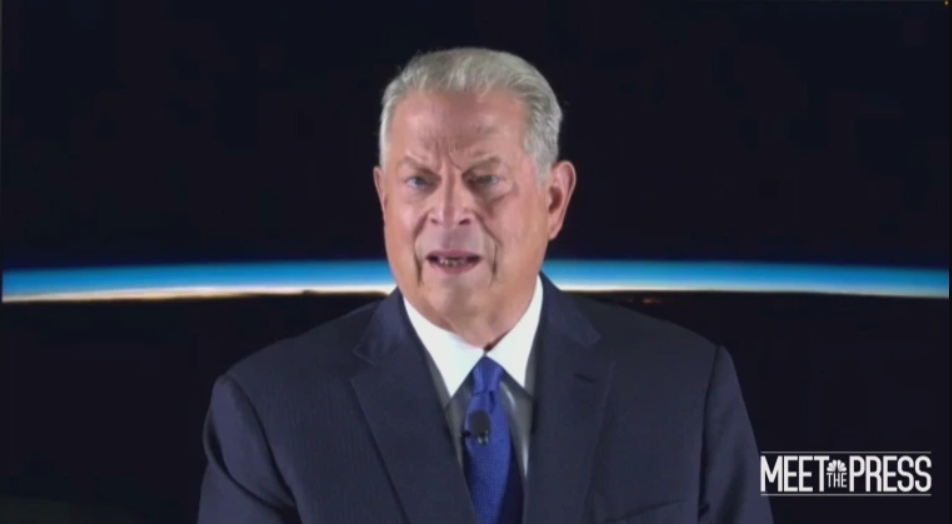 For decades Al Gore has talked about how he wants to end global warming, but he’s never answered the question of how to change minds. Still.

HOW DO YOU CHANGE MINDS?

One of my best friends from my science days, now a senior scientist at NIH, sent me an email yesterday asking me this simple question. He, of course, asked it in reference to all the work I’ve done with narrative structure, the structure of stories, and the anti-science movement in general. My answer was basically I don’t know.

This is the same question that Al Gore should have been addressing in 2006 with, “An Inconvenient Truth,” but he didn’t. He hosted a movie that presented a huge amount of scientific evidence, wrapped in a moralizing tone of shame on us if we don’t fix this.

The result, 16 years later was his appearance yesterday on NBC’s Meet the Press where host Chuck Todd seemed to call him a visionary for having foretold all the climate mess we have today.

Yes, Al Gore foretold disaster, but he failed to provide a realistic plan to avert it. What happened?

Why wasn’t a couple hundred million spent on experimentation to see how to actually change minds on the climate issue?

At the core of changing minds is communication. Why wasn’t there an explosion of experimentation and exploration on communication, sponsored by the major foundations who by 2011, when I gave my, “Dude, Where’s My Climate Movement,” talk at the 50th anniversary of World Wildlife Fund were already spending hundreds of millions of dollars on climate. Why wasn’t there a gigantic initiative underway to answer this most important question of changing minds?

But there never has been. The climate movement has spent a fortune throwing science at the public, but where have been the experimental, exploratory projects on communication? At the end of that 2011 talk (at 22 minutes) I told the story of the group at CDC who created the Zombie Disaster Preparedness Kits project that won the “Wow, Innovation” Award from a professional advertising society then asked verbatim, “Why isn’t the climate community winning Wow Innovation awards?”

SERIOUSLY, WHERE IS THE INNOVATION?

More important to me — as we prepare this fall to run our ABT Framework Narrative Training program with major organizations like Pfizer, Genentech, the World Bank, the Federal Aviation Administration (FAA), the National Park Service, the U.S. Forest Service, the Georgia Medical School Consortium, the National Atmospheric and Oceanic Administration, and lots and lots more … I have one over-riding question, still.

Why are none of the foundations interested in even talking about the ABT, and why is there not an initiative to address the real question that Gore never has been able to answer.

How do you change minds?